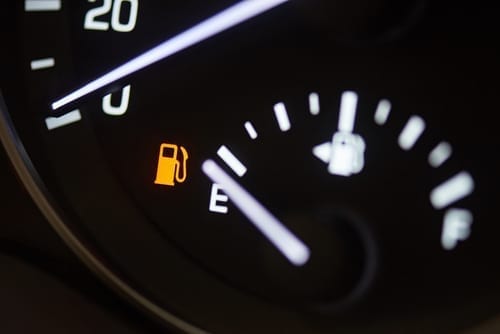 The production shutdown drove the Brent crude price up 13.65 percent Saturday morning to US$68.44.

Output for global energy supplier Saudi Arabia will be impacted for weeks following a weekend drone assault on two of the nation’s largest oil facilities.

The airborne attacks luckily injured no one; however, the impact on the site’s refining and production capabilities was high, with output of as much as 5.7 million barrels per day being removed — roughly 50 percent of all daily output in the country.

A Yemen-based rebel group known as Houthi has claimed responsibility for the drone strike, saying it deployed 10 of the pilotless crafts in the attack.

Saudi Aramco, the state-run oil company, released a statement on Saturday in response to the attacks, which it has labelled “terrorist attacks.”

“We are gratified that there were no injuries. I would like to thank all teams that responded timely to the incidents and brought the situation under control,” said Amin Nasser, Saudi Aramco’s president and CEO. “Work is underway to restore production and a progress update will be provided in around 48 hours.”

Adding fuel to the fire, US president Donald Trump took to Twitter over the weekend and issued a series of tweets alluding to knowing the real perpetrators behind the drone attack amongst other things.

Saudi Arabia oil supply was attacked. There is reason to believe that we know the culprit, are locked and loaded depending on verification, but are waiting to hear from the Kingdom as to who they believe was the cause of this attack, and under what terms we would proceed!

Remember when Iran shot down a drone, saying knowingly that it was in their “airspace” when, in fact, it was nowhere close. They stuck strongly to that story knowing that it was a very big lie. Now they say that they had nothing to do with the attack on Saudi Arabia. We’ll see?

While the president tried to remain somewhat diplomatic at first, Secretary of State Mike Pompeo minced no words when he took aim at Iran being the behind the airborne attack.

Tehran is behind nearly 100 attacks on Saudi Arabia while Rouhani and Zarif pretend to engage in diplomacy. Amid all the calls for de-escalation, Iran has now launched an unprecedented attack on the world’s energy supply. There is no evidence the attacks came from Yemen.

The weekend attack has left the world’s energy sector in a precarious position, with approximately 5 percent of global supply being removed from the market essentially overnight.

Countries that are heavily reliant on imports of Saudi crude will likely feel the impact first with a ripple effect reverberating across the sector.

Wood Mackenzie Research Director Vima Jayabalan notes that Asian markets will be the most affected early on.

“Collectively, Asian demand for Saudi Arabian crude is around 5 million barrels per day, accounting for almost 72 percent of Saudi Arabia’s crude exports,” she said. “Asian consumption of Arab extra light and Arab light grades alone from the affected facilities varies between 2.5 and 2.7 million barrels per day seasonally. The region’s dependence has increased significantly over the last 1.5 years.”

Jayabalan sees Saudi reserves being able to meet demand for a short period of time, but beyond that remains to been seen.

“The impact and the next course of action will depend on the duration of the outage,” said Jayabalan. “Saudi Arabia has enough reserves to cover the shortfall over the next week, but if the outage extends, then filling the gap with the right type of crude quality could be a challenge. Moreover, OPEC+ output cut predominantly consists of medium and heavy sour crudes.”

In an attempt to soothe market fears, President Trump has authorized the release of oil from the US’ Strategic Petroleum Reserve and asked the relevant agencies to prioritize approving oil pipelines.

While the US posits it can meet the demand brought on by Saudi Arabia’s shortfall, OPEC countries excluding Saudi Arabia could potentially ramp up their production to offset the Saudi deficit.

In 2018, the group of oil producing countries agreed to reduce output by 1.2 million barrels per day to help stabilize prices.

How impactful the Saudi disruption will be is still being gauged.

“Today’s surge in oil prices merely represents the first chapter of this multi-faceted story for the energy markets in our view,” SP Angel told clients in a note on Monday (September 16). “We also believe that sustained increases in energy prices in the short-to-medium term will serve to cannibalise recent fragile global economic growth, with subsequent inflationary increases across all geographies.”

The UK-based firm believes the uncertainty will drive the price of oil to US$80 a barrel in the short future.