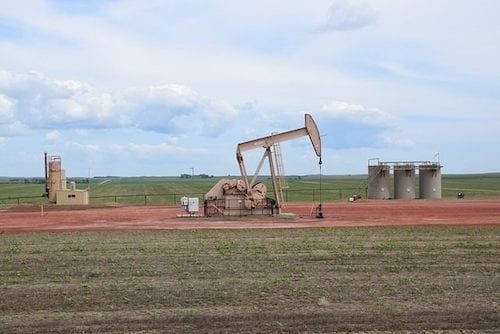 Oil prices surged this week on the back of OPEC, with Russia’s support, seriously considering maintaining production cuts.

Oil prices have surged after reports that suggested the Organization of the Petroleum Exporting Countries (OPEC) may extend output cuts until mid 2020, thereby reducing the worldwide oil supply.

The price of West Texas Intermediate (WTI) oil has made gains this week, with the resource jumping from US$57.05 per barrel to US$58.48 between Monday (November 18) and Thursday (November 21), an increase of 2.5 percent.

According to Reuters, OPEC and its allies are likely to maintain cuts when they meet next month with non-OPEC producer Russia, which is sympathetic and would cooperate with OPEC members.

These cuts exist in the context of the US-China trade war, which continues to drag on as both countries work toward a deal. The talks have stalled following rumors that US President Donald Trump may sign two bills in support of protests in Hong Kong.

“Under this scenario, both equities and oil are expected to come under pressure. As talks hit a snag, an upside breakout from the current trading range all of a sudden has become less imminent,” Tamas Varga of oil brokerage PVM said to Reuters.

This week also marked the beginning of the CN Rail (TSX:CNR,NYSE:CNI) strike, which has negatively impacted oil given the reliance on trains to transport crude in Canada. It was estimated that 200,000 barrels of crude were shipped by train in June 2019, breaking previous records.

Transportation has been a significant problem for Canadian oil for much of 2019, as lack of infrastructure has undermined the substantial output, which has grown by 331,000 barrels per day year-over-year.

“We have already seen production exceed pipeline egress capacity from the basin, and by the end of 2018 this led to high levels of pipeline apportionment and wide price differentials to North American benchmarks,” Mark Pinney, manager of natural gas and transportation for the Canadian Association of Petroleum Producers, said to the Investing News Network previously.

“In January, the Alberta government imposed its oil curtailment program that was intended to reduce the high inventory levels of crude oil that had built up in the province and to encourage basis differentials to be more aligned with transportation costs and crude quality differences,” he added.

According to FocusEconomics’ October report, it is likely that the brent crude oil price will recover some of the gains it lost during the summer, while WTI crude oil is likely to stay at relatively low levels as both proceed into Q4 2019.