WTI-Brent crude price spread the story of 2011 for oil. 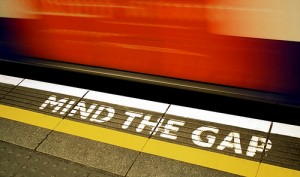 The top oil story of 2011 was without a doubt the record gap that developed between the two main benchmarks for pricing oil; West Texas Intermediate (WTI) and Brent crude.

Although lighter and sweeter WTI is typically priced at a slight premium, Brent has been the costlier grade since the beginning of the year, and by mid-October the gap had widened to a record $28.07 per barrel.

Brent crude opened the year at $94.80 per barrel, but was soon dragged higher on supply fears as the ‘Arab Spring’ protests spread throughout the Middle East.

Those fears materialized in Libya, where 1.5 million barrels per day (bpd) of Libyan oil bound for Europe was brought to an abrupt halt as the country plunged into civil war. This sent Brent as high as $126.90 per barrel in April.

WTI rose sharply in the wake of the Libyan conflict, but unlike Brent, did not manage to crack $115 per barrel.

This was in part due to the glut in supply that has developed in Cushing, Oklahoma – traditional settling point for WTI on the New York Mercantile Exchange (NYMEX).

Stocks at Cushing hit a record high of 41.9 million barrels in April, with an increase in supply from the Bakken shale and imported oil from Canada. Inventories have since been reduced to nearly 31 million barrels, but Cushing still lacks adequate transportation out of the hub to elsewhere in the country for refining or export.

In an effort to relieve the bottleneck, Canadian pipeline operator Enbridge Inc. (TSX:ENB) moved to acquire a 50 percent stake in the Seaway oil pipeline from ConocoPhillips Co. (NYSE:COP) for $1.15 billion in mid-November. The Seaway pipeline has primarily been used to transport imported crude oil from the Gulf Coast up to Cushing, but Enbridge wants to reverse the line and send 400,000 bpd out of Cushing by the end of next year.

Relevance of WTI as a global benchmark questioned

Analysts have consistently highlighted this difficulty in making cheaper, oversupplied Cushing oil available for export, and arbitrage with pricier Brent, as a key contributor to the price gap between the two benchmarks.

Given the disconnect between WTI and the global oil market, they have also frequently questioned whether or not WTI was relevant any longer as an international benchmark for crude oil, with Brent increasingly seen as a more accurate reflection of the price of oil.

In October, at the height of the WTI-Brent price spread, the Dow Jones-UBS Commodity Index revealed it would be adding Brent crude to its index in 2012.

The Dow Jones-UBS Index has previously only included WTI, but beginning next year Brent will account for one-third of the index’s crude weighting, while WTI will account for the remaining two-thirds.

A note from Barclays Capital following the announcement indicated that the move raised concerns about the viability of the WTI contract as a benchmark and tool for risk management.

“Although we do not share the view that WTI is yet a completely broken benchmark, this move suggests that its relevance for financial market participants is waning in a similar way to what has already happened in the physical crude market,” the bank said.

Mid-Western refiners do well off of WTI-Brent spread

The WTI-Brent dynamic has, however, been good news for Mid-Western refiners this year.

Marathon Petroleum Corp. (NYSE:MPC) is one of the largest refiners in the US Mid-West, and has benefited from selling gasoline and refined products sourced from cheaper WTI crude, as opposed to using pricier oil from the Gulf of Mexico, which is far closer to the cost of Brent.

In fact, Marathon’s refining arm was doing so well that it was spun off from Marathon Oil Corp. (NYSE:MRO), with the latter now exclusively involved in the upstream business.

This trend will be one to watch looking ahead to next year, with ConocoPhillips planning a massive spinoff of its refining arm in the first half of 2012.

The new company will be called Phillips 66, and will become the largest independent refiner in the US.