New York will ban fracking due to growing health concerns and lower-than-estimated economic impact for the state. 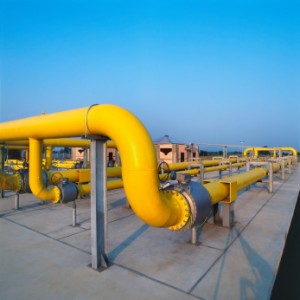 New York Governor Andrew Cuomo announced after a cabinet meeting with a range of officials that the state has banned hydraulic fracking for gas.

The move looks set to affect the Marcellus Formation, which companies have been long eyeing up, but have struggled to market due to the lack of pipeline infrastructure.

“My position on fracking has been this: the dialogue on fracking is an emotional dialogue,” Cuomo said, calling it the most emotionally charged issue he’s ever experienced. “Is fracking safe, is it dangerous, should it be allowed to go forward? My answer has been ‘I don’t know.’”

But staff from the state’s Department of Health and Department of Environmental Conservation are not as unclear, and have cited concerns about health risks.

“Would I live in a community with (fracking)? After looking at the plethora of reports, the answer is ‘no,’” said Acting Health Commissioner Dr. Howard Zucker, adding he can’t endorse fracking due to the potential risks to the health of New York residents.

Joe Martens, the commissioner of the Department of Environmental Conservation, echoed those thoughts, adding he is recommending a ban on fracking.

“The potential adverse impacts from (fracking) are wide ranging and widespread, including potential contamination of drinking water supplies,” said Martens.

“The economic benefits are clearly far lower than forecasted,” he added.

The state has banned hydraulic fracking for five years as environmental protesters engaged in a war of words with oil and gas companies.

While environmental groups have praised the news, the loss of job opportunities has been slammed by political opponents.

“Governor Cuomo has just denied the people of New York a tremendous economic opportunity in order to appease far left environmentalists for his own political gain,” said Congressman Chris Collins of New York’s 27th district in a press release.

“The Governor continues to hide behind Albany bureaucrats and controversial scientific studies to stand against hardworking New Yorkers who deserve the job opportunities and economic growth fracking has clearly produced in other states, including neighboring Pennsylvania. This is a sad day for the future of the economy in Upstate New York.”