Negotiations between Iran and the P5+1 are creating anxiety for oil market participants. A deal is supposed to be reached between the parties by March 31, and some are worried it could lead a flood of oil to enter the already struggling marketplace. 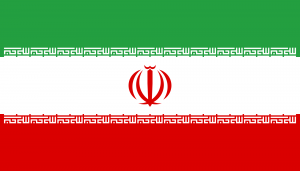 Negotiations between Iran and the P5+1, a group of countries comprised of the US, UK, France, Russia, China and Germany, are creating anxiety for oil market participants.

A deal is supposed to be reached between the parties by March 31, and some are worried it could lead a flood of oil to enter the already struggling marketplace. Essentially, the world powers have offered to suspend US and European restrictions on Iranian oil exports — which came into effect in 2012 — if Iran agrees to enact strict limits on its nuclear program for at least 10 years.

While Hassan Rouhani, president of Iran, has told the country’s state news agency that “there is nothing that cannot be resolved,” some critics believe the number of sanctions against Iran will prevent anything of substance from being agreed upon. For instance, Helima Croft, head of commodity strategy at RBC Capital Markets, told the Financial Post that “the big problem is that there are multi-layered sanctions by multiple entities and you cannot just flip a switch and make them go away. It’s not hard to see how complex this spiderweb is.”

Similarly, Richard Mallinson, geopolitical analyst at consultancy Energy Aspects, told the Financial Times, “Iran and the P5+1 are closer to settling on two points: the duration of any deal and enrichment capacity. But differences remain over the pace and sequence of sanctions relief.”

What will a deal mean for the oil price?

While oil traders are understandably concerned, the consensus seems to be that a deal won’t likely cause a huge rift in the oil space, at least not for some time. That’s because while Iran may be able to reach pre-sanction export levels within a year given that it has millions of barrels in storage, analysts believe current infrastructure issues will prevent the country from exceeding those levels.

Richard Nephew, former lead sanctions negotiator on the US team and now a fellow at the Center for Global Energy Policy at Columbia University, told the Economic Times, “Iran will have to disconnect pipes, decontaminate machines, physically haul them out of tight, confined spaces, and then submit them to verification, so there’s accountability that designated centrifuges aren’t operating.”

Furthermore, any new oil exported from Iran may already have a home. The European Union imported 452,000 barrels per day from Iran prior to the sanctions, and has expressed an interest in reviving its import relationship as it tries to break away from Russian imports. And while Iran has the resources to expand its oil production greatly, it’s unlikely that many Canadian, European or American companies will look to develop in Tehran.

Prior to the imposition of sanctions, Iran was the second-biggest producer in OPEC and put out 3.6 million barrels per day at the end of 2011. According to data compiled by Bloomberg, it is now producing 2.8 million barrels per day as of last month. If Iranian oil returns to the market, the price of crude is expected to drop another $10 per barrel.

On the bright side, the Brent crude price hasn’t been doing too badly as of late, with the price ending Tuesday at US$55.11. That came after its first drop in three days, as per Bloomberg.

The Iranian Deal: What the Big Six Really Have to Gain