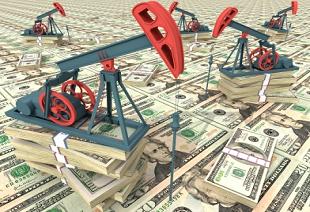 With crude prices in Africa and Asia surpassing $100 a barrel for the first time in two years and inflation concerns continuing to make headline news, the Organization of Petroleum Exporting Countries (OPEC) are facing growing calls to boost oil production. OPEC, currently responsible for 40 percent of global supply, issued a statement on its website saying “there is more than enough oil on the market,” and promised action in the event of a supply shortage. The group is next due to review production quotas in June, skipping its usual first-quarter conference.

The Paris-based International Energy Agency (IEA) last week indicated that “three digit oil prices risk damaging” the economic recovery, offering a message that OPEC should raise output; however, OPEC responded the same day by saying that global supplies are sufficient to meet demand. Oil producers in addition to consumers may begin to suffer if crude remains in the $95 to $100 range.  According to the report, inventories held by companies in the most developed economies were at 2.742 billion barrels, “near the top of their five-year range.” The price of crude on the NYMEX has gained 18 percent from a year ago which is having a demonstrable impact on food prices and escalating inflationary concerns.

Investors were cautioned last week by Lawrence Eagles, and analyst from JPMorgan Chase & Co. to “pare risk and take some profits” on the possibility that OPEC unexpectedly increases production as “There is a rising risk of coming into the office one Monday morning to find OPEC has raised output dramatically.”  There are still considerable uncertainties that impact the rate of economic global recovery, including fiscal issues facing national and sub-national governments, and China’s efforts to address concerns regarding its growth and inflation rates.

For its part, last year Chinese oil companies have increased activity by entering partnerships with foreign gas explorers, including Royal Dutch Shell Plc (NYSE:RDS.B) and Chevron Corp. (NYSE:CVX), to tap unconventional gas resources to help reduce reliance on oil and coal. In  November, Statoil ASA (NYSE:STO), Norway’s biggest company by market capitalization, said it was also close to a deal to explore shale gas reserves in China.  The Chinese have been very well known to the Canadian petrochemical investment community over the years, with PetroChina being chosen by Athabasca Oil Sands Corp (TSX:ATH) as its joint venture partner after the Canadian firm realized it would be difficult to finance its MacKay River and Dover oil sands projects in Alberta province via equity markets. PetroChina plans to spend at least $60 billion in the next decade on overseas acquisitions.

Net income rose to $1.04 billion from $795 million with the company earning 85 cents a share to beat analyst consensus by 7 cents. Schlumberger’s revenue for the fourth quarter climbed 58 percent to $9.07 billion, beating street estimates by more than $300 million.  The company will significantly boost its dividend by 4 cents to 25 cents a share. There were 3,227 active drilling rigs at the end of last year, up 29 percent from 2009. Last year had the second-biggest increase in oil demand for the last 30 years.

Last year, Chief Executive Officer Andrew F. Gould, cautioned that shale gas could be much harder to recover in Europe compared with the United States because of concerns about environmental damage and other issues.

The company suggested the US ban on new deep-water drilling last year, following British Petroleum’s (NYSE: BP) Macondo well oil spill in the Gulf of Mexico reduced per share earnings by about 4 cents to 5 cents during the most recent quarter.  The Obama administration has issued new safety regulations and since ended the moratorium in October.