The National Weather Service’s updated US winter forecasts have bearish short-term implications for natural-gas prices, although the outlook is an improvement on last year’s record warm winter weather. 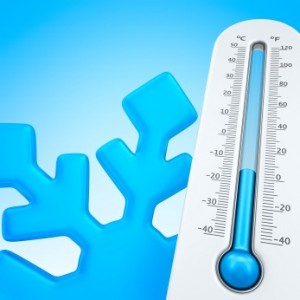 As the North American winter draws closer, energy investors are once again attempting to gauge what the most in-demand commodity will be so that they can adjust their positions accordingly.

With more and more analysts noting an uptick in queries related to gas companies, many of these investors will be turning to natural gas producers.

It’s a tricky time of year to try to judge which companies might be worthy of investment as the industry is being buffeted by two inconsistent elements: natural gas prices and the winter weather outlook.

Last week, the National Weather Service updated its US winter forecasts, revealing bearish implications for natural gas producers. The organization is calling for a mild winter in most of the west and cold weather in Florida. It also predicts below-normal rainfall for parts of the west and Midwest.

Speaking at Earth Networks’ annual energy weather seminar last week, Matt Rogers, president of Commodity Weather Group, noted that while December will be warmer than normal, temperatures will fall through February, increasing natural gas use by 13 percent compared to the same period last year. He added that the US winter, which for meteorologists lasts from December 1 to February 28, may be 21 percent cooler than last year in terms of natural gas-weighted heating degree days.

These figures, coupled with news of record storage and production levels on the crude side, mean that investors will be reassessing natural gas juniors in order to take advantage of any spike in gas prices. As a large number of juniors have struggled over the past while, there will be deals to be had as companies trade at significant discounts to their actual worth.

“It’s trench warfare, if you will,” Subash Chandra, an analyst with Jefferies, told MarketWatch. “You have to buy them right. It is not buying at any price and expect to get lucky.”

For natural gas futures, the forecast is “a bit bearish,” but still a “vast improvement over last winter’s record warm weather,” analysts at the company said in a note to clients.

With crude futures expected to decline over the short to medium term on above-average inventories and record production levels, Canadian natural gas rose to an 11-month high last week after the US Department of Energy reported a declining gas storage surplus.

This data, along with the upward price momentum likely to result from a cooler winter, is likely to entice investors to seek out gas producers that have managed to maintain or increase production whilst maintaining positive balance sheets in the midst of what has been a challenging pricing environment.

Bellatrix Exploration (TSE:BXE,AMEX:BXE) is a high-potential Calgary-based oil and gas company that has drilling inventory locations in Saskatchewan, Alberta and BC. The company recently provided an operational update and preliminary 2013 guidance for its operations, highlighting that it expects third-quarter production to range between 15,500 and 16,000 barrels of oil equivalent per day (boe/d).

Bellatrix boasts significant upside potential and will flourish if gas prices increase over the winter period. The company has halved its operational expenses over the past four years and has grown its reserve base by 265 percent since 2009, according to a corporate presentation.

From an investor standpoint, the company is appealing in that it has more than doubled its revenue stream since 2009; its 2012 revenue projection is currently set at C$225 million. Bellatrix has successfully built up an impressive reserve base of both crude oil and natural gas — an enticing prospect considering the volatility of both markets over the years.

Artek Exploration (TSX:RTK) is a junior oil and gas exploration and production company whose activities are concentrated mainly in the Peace River Arch and Deep Basin areas of Alberta and BC. Since being founded, Artek has grown production from zero to over 3,000 boe/d and reserves from zero to 22.9 million barrels of oil equivalent on a proved plus probable basis.

It also recently invested approximately $1.1 million in a deep-cut facility that will increase its recovery from its Doig play from the current 15 bbls/mmcf to approximately 30 bbls/mmcf of natural gas.

Artek’s potential is clear. Its share price has doubled since June, but it still offers substantial upside — especially if natural gases rebound this winter.

Angle Energy (TSX:NGL) is an Alberta-based mid-cap producer focused on the exploration and development of light oil and liquids-rich natural gas opportunities in the Western Canadian Sedimentary Basin, including the Cardium Formation, Viking oil play and Deep Basin.

Angle’s active drill program of mainly horizontal wells completed with multi-stage fracturing is aimed at adding volumes of high-netback light oil and liquids-rich gas to its operations. The company’s potential was highlighted when it increased its revenue from C$55.68 million in 2007 to $186.87 million in 2011; during this time it was able to maintain a tight share structure with a touch over 81 million shares outstanding.

It displayed notable upside when it released its third-quarter operational update, which states that the company’s field estimated production currently sits at 14,400 boe/d, with current tested volumes not on stream set at approximately 1,300 boe/d. That brings corporate production to approximately 15,700 boe/d.

Angle’s business model will draw increased investor attention as it continues to focus on growth, using its optionality in the asset base between light oil-, natural gas- and natural gas liquids-oriented projects.