On Tuesday, Richard Bernstein, Chief Executive Officer at Richard Bernstein Advisors LLC (RBA) offered bullish commentary for the broader energy sector for 2011: “if the economy is indeed beginning to enter the mid-phase of the cycle, then energy and materials stocks begin to take leadership positions. We expect both global sectors to outperform in 2011.” 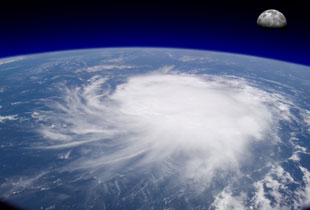 On Tuesday, Richard Bernstein, former Chief Investment Strategist at Merrill Lynch and current Chief Executive Officer at Richard Bernstein Advisors LLC (RBA) offered bullish commentary for the broader energy sector for 2011. The analysis was disclosed in his eleven investment themes for 2011, each of which is either specifically or generally embedded in the firm’s investment strategies. Mr. Bernstein indicated, “if the economy is indeed beginning to enter the mid-phase of the cycle, then energy and materials stocks begin to take leadership positions. We expect both global sectors to outperform in 2011.”

U.S. inventories rose for the third consecutive week to 214 million barrels. The 3.8 million barrels jump was the biggest increase since January and beat a consensus forecast considerably which anticipated a decline of 300,000 barrels, according to the median of 17 analyst estimates. Current stockpile levels are 1.1 percent below the previous year totals and are near the upper half of the average range.

Oilfield services company Baker Hughes Inc. (NYSE:BHI) reported a rise in the U.S. rig count (number of rigs searching for gas and oil in the country), primarily reflecting an increase in the land rig count. The Baker Hughes’ rig count has been issued since 1944 and serves as a significant benchmark for the drilling industry and contractors such as Transocean Inc. (NYSE:RIG), Patterson-UTI Energy (NASDAQ:PTEN), Diamond Offshore (NYSE:DO), Noble Corp. (NYSE:NE), Pride International (NYSE:PDE), Nabors Industries (NYSE:NBR) and Helmerich & Payne (NYSE:HP) in gauging the overall business context of the gas and oil industry.

The natural gas rig count increased for the second consecutive time to 961 rigs, posting a net increase of 8 from the previous count. The current number of gas directed rigs is just 31 rigs short of an 18 month high reached during the middle of August, rebounding strongly after bottoming out to a 7 year low of 665 on July 17, 2009. The rig count remains 40 percent below its peak of 1,606 in late summer 2008. During the same period in the previous year there were 748 active natural gas rigs.

Natural gas consumption increased by almost 24 percent from the previous week, with total demand hitting a weekly high of 102.7 billion cubic feet per day. The bulk of the increase came from the residential and commercial sector, where demand was 34 percent higher than it was last week and 7 percent higher than it was during the same time last year.

Cold weather this week pushed up space heating demand and played a role in the price increases that occurred across the United States. At trading locations outside of the Northeast United States and Florida, price increases ranged between 9 and 42 cents, and prices were in the range of $4.00 to $5.00 per million British Thermal Units (btu). The Henry Hub spot price rose 25 cents, from $4.21 to $4.46 per million btu.