With summer coaxing tungsten traders into relaxation, tungsten exploration, development and mining companies are hard at work on their projects. 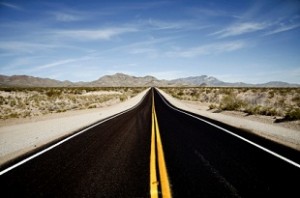 APT tungsten prices are holding steady at $400 to $410 per metric ton unit (mtu). And with summer coaxing tungsten traders into relaxation, tungsten exploration, development and mining companies are hard at work on their projects.

One of the fastest-moving brownfields projects for tungsten is Wolf Minerals‘ (ASX:WLF) Hemerdon project in the United Kingdom. The ASX-listed company is working hard at developing the project in order to bring it back online. In June, Wolf reported the first drawdown from the US$82-million funding package by Resource Capital Fund. The company also announced the start of a GBP75 million (~AU$123 million) Engineer Procure Construct contract with GR Engineering Services.

Blackwell is expected to commence its work contract at Hemerdon sometime in March 2014. Per the contract agreements, investors can expect work to be completed at the project in two parts. Phase one of the contract will include mine stripping and development for which the company anticipates an 11-month timeframe. The second phase of the contract will be undertaking the development of the Hemerdon mine, which should take up to five years to complete once phase one has been finalized.

Canadian exploration company Happy Creek Minerals (TSXV:HPY) is starting the summer drill program at its Fox tungsten project, located near 100 Mile House in British Columbia. Happy Creek intends to drill between 12 and 15 holes for at total of 1,200 meters. The company is targeting shorter holes to access the near-surface and near-horizontal position and orientation of the mineralization.

According to David Blann, president and CEO of the company, drill hole “F12-27 appears to be one of the best tungsten results globally in the past 30 years or more.”

Cadillac Ventures (TSXV:CDC) is not a household name when it comes to tungsten. The Canadian exploration company has been primarily focusing its efforts on copper in Ontario. However, it does hold a 51-percent interest in a tungsten property in New Brunswick called Burnt Hill. The Burnt Hill project is a tungsten-tin mine that was brought to test production in the 1980s; currently, Cadillac is working on resuming development at the project.

The company will be moving forward with the summer exploration program at Burnt Hill.

Exploration company Geodex Minerals (TSXV:GXM) recently reported the results from three of six holes drilled on its Dungarvon property in New Brunswick. The company is currently exploring the Peaked Mountain target at Dungarvon, where it was able to locate the source of numerous large and high-grade tungsten-molybdenum bearing boulders, as well as tungsten-tin soil anomalies.

Of the holes drilled, the best is “DU-13-03 which intersected 9.31 metres of 0.177% tungsten trioxide (WO3) and 0.036% tin, with mineralization in this interval mainly in quartz veins cutting country rocks in close proximity to the Dungarvon Granite.”