Australia’s Carbine Tungsten is getting closer to becoming one of the leading producers of tungsten in the western world. 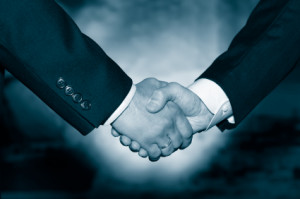 Australia’s Carbine Tungsten (ASX:CNQ) is getting closer to becoming one of the leading producers of tungsten in the western world.

Already producing tungsten concentrate from its Tailing Retreatment Plant, a feat it achieved in 2012, the company is closing in on reviving the Mt. Carbine hard rock mine. As a result, Carbine is that much closer to becoming a significant source of tungsten in Australia.

Carbine’s flagship project is the Mt. Carbine tungsten property located about 120 kilometers northwest of Cairns in Queensland, Australia. The once-operational mine was shut down like so many of its peers in the late 1980s when low tungsten prices rendered mining the hard metal uneconomic.

Prior to the shutdowns, Australia produced nearly half of the world’s tungsten, with an impressive 40 percent stemming from Mt. Carbine.

Investors may not be too familiar with Carbine Tungsten, which has done a stellar job of flying under the radar. But if anything can be said following the company’s latest press release, it’s that it’s time to take notice.

The company announced on October 7 that it has received approval and a finalization notice for the US$15-million secured loan facility from its offtake partner, Mitsubishi. Carbine will use the funds for the initial phase of the hard rock tungsten project, enabling further onsite exploration to increase the JORC resource and life of mine.

The Mitsubishi offtake agreement, for which a Memorandum of Understanding was signed in February 2013, is a boon for Carbine. The agreement not only gives Carbine the necessary funds to restart hard rock production, but also underwrites the viability of the project as well as Mitsubishi’s confidence in Carbine’s ability to deliver.

As it stands, Mitsubishi gets an offtake of 80 percent of the production from the hard rock stockpile and 50 percent from the open pit, under the existing JORC resource. Under the current JORC, Mt. Carbine has an estimated 10-year mine life, and an inferred mineral resource of 47.4 million tonnes at 0.13 percent WO3, above a cut-off grade of 0.05 percent WO3. With further exploration on several onsite and nearby prospective targets, there could be some upside potential.

With the largest non-Chinese tungsten mine on the cusp of exhaustion, it’s high time that investors start taking a look for the projects that will replace it. As a project restart with the backing of an internationally respected firm like Mitsubishi, Carbine Tungsten is on the verge of a new and exciting phase as it heads towards increased production.