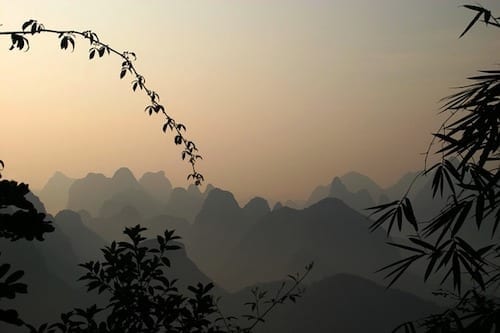 The company rose nearly 15 percent on Tuesday after it announced expansion plans and as US-China trade tensions continued to simmer.

The company announced Tuesday (May 21) at its investor day that it will spend AU$500 million by 2025 to build up its operations in Western Australia, which is home to its Mount Weld mine and concentration plant, and in Malaysia, where its Lynas Advanced Materials Plant (LAMP) is located.

On Monday (May 20), Lynas also revealed plans to develop rare earths separation capacity in Texas together with Blue Line, a US rare earths processor.

The slew of news from Lynas comes in the wake of heightening trade tensions between the US and China. The Asian nation is the world’s largest rare earths producer by far, and fears that it could restrict the flow of these metals to the US are rising.

Those concerns have ratcheted up this week on the back of Chinese President Xi Jinping’s visit to the country’s Jiangxi province, a rare earths powerhouse. While the trip has been billed as an educational opportunity for the president, experts have suggested it is more symbolic than that.

“The optics are as they appear. The fact that (the facility he visited is) a magnet plant is not a coincidence,” Ryan Castilloux of Adamas Intelligence told the Financial Times. “It’s signalling they know it’s not only important to US high-tech industries — electric vehicles, wind — but also defence. That’s the message they’re trying to get out.”

The plans announced this week will see Lynas transition cracking and leaching away from Malaysia and into Western Australia, a move that should help secure the company’s ability to operate in Malaysia.

Lynas’ status in Malaysia was jeopardized in December when the country imposed new waste disposal conditions on the renewal of the company’s operating license. It still faces a September deadline to remove existing waste in the country.

The rare earths producer’s future Malaysian activities will include investing in downstream processing and producing new products at new facilities.

In the US, Lynas will spend the next year working with Blue Line on a proposal for a separation facility in Hondo, Texas. According to Lynas, it will be the only facility of its kind outside of China.

The US has not had significant rare earths separation capacity for several years, says Lynas, and at the moment California-based Mountain Pass is the only rare earths mine operating in the country.

Mined material from the site is currently shipped to China for separation, but tariffs are set to rise from 10 percent to 25 percent on June 1.

Under its deal with Blue Line, the company will help keep US end users supplied with the metals. Efforts will focus first on heavy rare earths separation and potentially light rare earths in the future.

Lynas’ LAMP produces both light and heavy rare earths, including praseodymium and neodymium, two rare earths that have recently enjoyed higher demand and pricing. In total, the company expects its production to rise to 10,500 tonnes per year of neodymium-praseodymium products by 2025, up from 5,444 tonnes in the 2018 fiscal year.

The combination of trade tensions and company news sent Lynas’ share price up 14.43 percent by the close of trading on Tuesday. The company gained alongside Chinese rare earths producers to finish the period at AU$2.26.

Lynas is up 42.59 percent year-to-date; it made headlines earlier this year when it fended off a AU$1.5 billion takeover bid from Wesfarmers (ASX:WES,OTC Pink:WFAFF).