The share price of Australia’s Lynas Corporation is down 75 percent year-to-date, so investors were no doubt happy to see some positive news in the company’s first-quarter results. But although Lynas reported a respectable increase in both revenues and production, also decreasing its operating costs, it’s still facing some struggles. 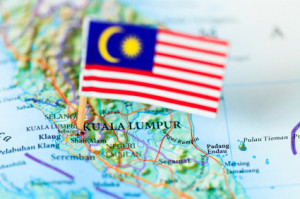 The share price of Australia’s Lynas Corporation (ASX:LYC) is down 75 percent year-to-date, so investors were no doubt happy to see some positive news in the company’s first-quarter results. But although Lynas reported a respectable increase in both revenues and production, also decreasing its operating costs, it’s still facing some struggles.

One of only two rare earths producers outside of China, Lynas is focused on its Mount Weld mine in Western Australia and its Lynas Advanced Materials Plant (LAMP), an advanced rare earths processing plant in Malaysia. Last month, the company received its full operating-stage license from the Malaysian Atomic Energy Licensing Board, despite substantial ongoing public protests against the LAMP regarding environmental and safety concerns.

To its credit, Lynas did see some positive developments last quarter. The company got a new CEO this past June, and it appears that Amanda Lacaze has been busy trying to whip the rare earths producer into shape. Production increased to 2,043 tonnes, which is substantial for the LAMP — as Reuters notes, that’s “more than half the volume it produced in the whole of the previous year.”

Revenues also grew to AU$32.9 million from $26.5 million in the previous quarter, while costs fell about 14 percent to come in at $42.7 million. Of course, that still amounts to a loss for the quarter, but Lacaze has expressed optimism, stating in an interview with BRR Media, “the cash burn rate is significantly reduced from where we’ve been previously.”

As for how Lynas was able to cut costs while upping production, the CEO said that the company has been actively decreasing inefficiencies. Although the plant may have used more kilns than necessary for production in previous quarters, this past quarter, Lynas has “been very focused on ensuring that [it] only use[s] the assets which are required to do the job.” Lacaze is also confident that Lynas has other options to continue cutting costs.

Still a ways to go

That sounds like good news overall, but as mentioned, it comes on the back of a substantial share price drop in recent months, as well as years of frustrating delays for the LAMP’s start up. Lynas did stabilize its financial position by improving the repayment terms of its senior debt facility with Japan Oil, Gas and Metals National (JOGMEC) and Sojitz (TSE:2768) at the end of September. However, as the Motley Fool notes, the company still went to shareholders for more capital this year, announcing an $83-million financing on September 29.

Furthermore, the Fool is apprehensive about a lack of information from Lynas for LAMP production costs vs. rare earth prices, while a more recent article from Money Morning suggests that “the company’s costs per unit are roughly double the current rare earths ‘basket sales price’ of US$18.22 per kilo.”

Weighing up the company’s debt repayment requirements against its revenues and cash on hand, Money Morning’s opinion is that it is “very unlikely” that Lynas will meet its payments. Even with the recently improved terms, the publication suggests that the company will keep going to the market for funding. Though speculative, it’s an opinion worth mentioning, and it’s one that investors would be wise to consider alongside positive reports from Lynas.

To be sure, with indications that China’s control over the rare earths market may be loosening following this summer’s WTO ruling, and predictions that the rare earths market will steadily grow to over $8.19 billion by 2018, Lynas could be well positioned to take advantage of increased rare earths demand. In any case, investors will certainly be watching Lynas’ efforts to step up production, cut costs and — hopefully — finally turn things around.

Lacaze said this week that the company will likely reach its full phase 1 production capacity in the December quarter, at which point the company expects to become cash positive.

At close of day Thursday, Lynas was trading at $0.078 per share on the ASX.