Some U.S. presidential hopefuls are looking to the moon to meet the nation’s magnesium and other metals’ needs. Is that really possible? 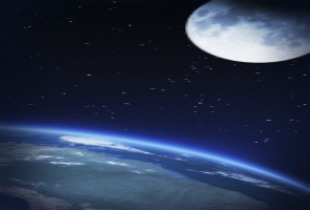 As the US presidential election heats up in coming months, how the nation addresses its natural resource needs is likely to come up in debates between the Republican Party candidate and President Barack Obama. Questions regarding energy security have certainly been politically charged in past elections, but this year, the dominance of China in the metals market and what alternatives there are to breaking the status quo is likely to be raised by the candidates.

Newt Gingrich, for instance, has already outlined his hopes for mining the moon not only for rare earths, but also for minor metals including magnesium.

While Gingrich’s bid for the White House still remains up in the air, his comments at a public debate in Des Moines, Iowa last month have given traction to the idea that the moon is indeed a possible source of resources critical for industrial as well as military expansion.

“I’m happy to defend the idea that America should be in space and should be there in an aggressive, entrepreneurial way,” the former Speaker of the House said.

Of course, there are various reasons why the United States should invest in mining the moon, not least because China has nearly 90 percent of all the magnesium used worldwide. Meanwhile, 6 percent of the moon consists of magnesium, with another 7 percent made up of aluminum, 21 percent consisting of silicon, 13 percent iron, 8 percent calcium, and 3 percent is made up of other minerals, according to NASA. The remaining 42 percent is made up of oxygen. Beyond the moon, stony asteroids and meteorites typically are made up of 14 percent magnesium, while 26 percent is iron, and 18 percent is silicon. Another 36 percent consists of oxygen, while there are smaller amounts of aluminum, nickel, and calcium.

Politics aside, though, would mining the moon really be a good use of taxpayers’ money?

The research arm of the US Congress, Congressional Research Service, released a report in 2010 to examine the US supply vulnerability to metal resources which may affect national security as well as economic potential, concluding that it may be a worthwhile in the longer term.

Nevertheless, “in the short term it’s pie in the sky, simply because the costs are so great. The fuel costs are enormous, and the development of the necessary infrastructure is also a huge hurdle. I don’t think it is at all likely that mining the moon could become a profitable enterprise within the next several decades, at least,” said Jim Van Orman, Associate Professor at Case Western Reserve University’s Department of Earth, Environmental and Planetary Sciences. The potassium, rare earth elements, and phosphorous “KREEP deposits on the moon are highly enriched in rare earth elements and some other rare metals. If these deposits were on Earth they would certainly be valuable, but since they are on the moon they won’t be in the foreseeable future,” Van Orman added.

The problem, though, is that China may get access to the moon’s resources before any other nation, which would further strengthen its position in the magnesium as well as rare earth elements market. Beijing has already given the green light for settling robots on the moon in 2013 and 2017, while it hopes to put a man on the moon by 2025 as part of China’s plan to explore its mineral resources, according to Xinhua news agency.

Meanwhile, Japan is planning to have a base on the moon by 2030 as is India, while the Russians and Europeans are expecting arrival by 2025, even as the United States canceled its program last year due to budget constraints.

There are US entrepreneurs, however, who are eager to take on what the government is shying away from such as Moon Express. Founder Naveen Jain told Fox News that he wants to piggyback on private shuttle flights to carry his mining platforms to the moon. His company was awarded a contract as part of NASA’s $10 million Innovative Lunar Demonstration Data program. It is also competing for Google’s Lunar X prize, which Google states “will allow NASA and other space agencies to save money and expand the capabilities of its future robotic and human missions to the moon.”

Yet, it is unlikely that major mining companies, let alone smaller-sized mining groups, will have the opportunity to join the moon mining expeditions any time soon.

Current Republican presidential front-runner Mitt Romney, for instance, responded that Gingrich’s “idea to have a lunar colony that would mine minerals from the moon… I’m not in favor of spending that kind of money to do that.”

I, Shihoko Goto, have no interest in the companies mentioned in this article.

Top Stories This Week: Fed Meets and Gold Price Drops, US Steps Up EV Efforts
EV Infrastructure in the US the Next Challenge for a Growing Industry
What Was the Highest Price for Copper?
OPINION — Should You be Positioning for Decarbonization? Part 1