The USGS recently determined the United States is sitting on a sizable untapped reserve of rare earth reserves in the west part of the country. New extraction techniques will allow companies to access this rare earth in old mine tailings. 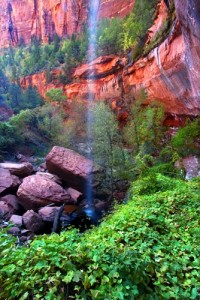 The rare earth elements are a group of 17 elements on the periodic table composed of the lanthanides, yttrium and scandium. They are typically discovered together but are considered rare because they are not often found in large, commercially viable concentrations.

Rare earth elements are used for manufacturing high-tech products like MRI scanners and cell phones. China has thus far been the largest supplier of rare earth elements, but analysts from the US Geological Survey (USGS) recently determined the United States is sitting on a sizable untapped reserve of them in the west part of the country. New extraction techniques will allow companies to access this rare earth in old mine tailings, ABC reported.

Currently, mining company Molycorp operates the only site in the United States that produces rare earth elements, according to ABC. Its Phoenix Project is located in California. Otherwise, the USGS recognizes Idaho, Montana, Alaska and Colorado as some of the locations of economically viable rare earth deposits.

With headquarters in Greenwood Village, Colorado, Molycorp claims to be one of the leading manufacturers of custom engineered rare earth and rare metal products in the world. The company produces materials from 13 different rare earths, plus yttrium, at a purity level of nearly 100 percent.

Based in Canada, the company is in the development phase and focuses on rare metal resources with near-term production potential. Ucore owns multiple properties across North America, but its primary asset is its 100-percent-owned Bokan-Dotson Ridge Project in Alaska.

The mineral exploration, mining and claims acquisition company is based in Plano, Texas, and was formerly known as Colorado Rare Earths. It has rare-earth mining properties in Colorado, Idaho and Montana, which together span more than 16,000 acres.

One of its assets, the Diamond Creek Project in Idaho, was recently evaluated for its estimated resources. Researchers found a number of individual rare earth elements present in notable quantities, including cerium, neodymium, lanthanum and yttrium.

Rare Elements Resources is a mineral resource company based in Lakewood, Colorado. Its main asset is the 100-percent-owned Bear Lodge Project located in Wyoming. According to the company website, this property has one of the largest disseminated rare earth element deposits in North America. Bear Lodge hosts both high-grade, light rare earth and heavy rare earth.

Based in El Paso, Texas Rare Earth’s flagship project is named Round Top. A preliminary economic assessment done in 2011 describes a tertiary rhyolite intrusion containing both heavy and light rare earth elements. Total rare earth element oxides (REO) are pegged at 299,500,000 kilograms of rare earth oxides graded 0.064 percent in the measured and indicated categories, with an inferred resource of 430,598,000 kg. The company announced a heap leach scoping study in July 2013 confirming recoveries of up to 79.9 percent.

Niocorp, formerly Quantum Rare Earth Developments Corp., is developing the Elk Creek Carbonatite, which according to Niocorp, is the only primary niobium deposit in the United States. While niobium is not a rare earth element, the deposit also contains a high-grade rare earth deposit 2.5 kilometers from the niobium deposit. Historic total rare earth oxide (TREO) intercepts include 54.9 m of 3.30 percent, contained in 155 m of 2.70 percent.

Editorial Disclosure: Niocorp Developments Ltd. (TSXV:NB) is a client of Investing News Network. The aforementioned is not paid-for or solicited content.

4 responses to “Rare Earths in the United States”