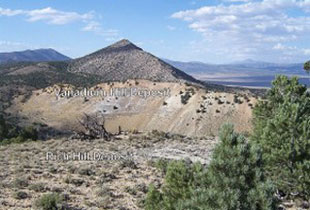 In a recent interview with Arjun Rudra of The Investing Thesis, Jon Hykawy of Byron Capital Markets explained vanadium’s volatility, stating “wide swings in pricing tell you… demand is too high relative to supply, and so the market is crying out for new low-cost producers.”

Hykawy pointed to a body of oxidized black shale near Eureka, Nevada that has the potential to be just that and suggested Nevada’s old sediments “provide some interesting opportunities to inexpensively extract metals.”

The oxidized black shale, which is unique from other high-iron-content ore bodies, allows for an inexpensive and well-understood process called heap leach to be used to extract the vanadium. The mined ore is crushed into small chunks and placed on a leaching pad where it is irrigated with a solution to dissolve the valuable metals, which are then extracted from the solution.

One of the promising companies operating in the area is Rocky Mountain Resources (TSXV:RKY), which holds the rights to the Gibellini property located just 45 kilometers south of Eureka and situated on the east flank of the Fish Creek Range, easily accessed by a dirt road extending to US Highway 50. In October 2008, Rocky Mountain Resources released its NI 43-101 report that identified a total indicated resource of 55 million kilograms with the vanadium pentoxide content measuring as high as 0.43 percent in the black shale that hosts the vanadium mineralization in the area.

Hykawy singled out Rocky Mountain Resources’ Gibellini property as the most promising of the many prospects in the area with a “sediment-hosted deposit… that has good grades, low contaminant levels and likely low operating costs due to the nature of the sediments.” But Rocky Mountain isn’t the only company operating in the area.

Next door is Stina Resources Ltd’s (TSXV:SQA) Bisoni McKay property. The property has the potential be  open-pit mined and also hosts a soft, easy-to-grind rock. Stina is still in the process of completing the sites metallurgical testing on the oxidized, transition and carbonaceous material. Drilling is expected to recommence in May and metallurgical testing and resource updates could be ready as early as fall 2010.

Further north towards Elko, Nevada, is EMC Metals Corp’s (TSX:EMC)  Carlin Vanadium Project, which consists of 578 hectares with vanadium mineralization also hosted in a black shale similar to the Gibellini and Bisoni McKay properties. The site is located along the western flank of the Pinon Mountain Range and in May the company released a NI 43-101 compliant report with an inferred resource of 25.4 million tonnes grading 0.515% vanadium pentoxide for a total of 131 million kilograms.