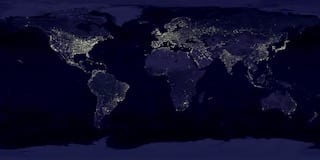 Vanadium reserves worldwide exceed 63 million MT, according to the US Geological Survey’s latest report on the metal.
The industrial metal occurs in deposits of phosphate rock, titaniferous magnetite and uraniferous sandstone and siltstone. Significant amounts of vanadium can also be found in bauxite and carboniferous materials like coal, crude oil, oil shale and tar sands. Generally vanadium is mined as a by-product, and for that reason it is difficult to accurately determine world reserves.
That said, estimates are available, and investors interested in vanadium may want to know which countries are thought to have the highest vanadium reserves. Read on to learn about the top three — interestingly, these countries are also the largest producers of vanadium.

Vanadium reserves: 9 million MT
China has the largest reserves of vanadium and produced 42,000 MT of the metal in 2016. The country also consumes the most vanadium and has the fastest-growing rate of vanadium consumption. Indeed, between 2006 and 2014, China’s vanadium consumption grew by 217 percent.
About 91 percent of vanadium produced in China is used to make steel. According to Roskill’s most recent Vanadium Quarterly Review, Chinese steel production will grow by 0.2 percent annually to 2025.

Vanadium reserves: 5 million MT
Russia, like China, extracts vanadium from slag produced by steel smelters or as a by-product of uranium mining. In 2016, Russia produced 16,000 MT of vanadium.
In April, Russia’s minister of industry and trade, Denis Manturov, told Metal Bulletin that the country’s government is planning to significantly increase the nation’s vanadium production. A spokesman for Manturov said it will achieve this expansion by paying subsidies to the country’s largest vanadium producers and providing tax breaks.

Australia has 1.8 million MT of vanadium reserves and the US has 45,000 MT. The US Geological Survey notes that all of the US demand is met by imports from other countries, even though the US has enough domestic resources to supply most of its domestic needs. Data on the total amount of vanadium reserves in Brazil is not available, but the country produced an estimated 6,000 MT in 2016.
Don’t forget to follow us @INN_Resource for real-time news updates!
Securities Disclosure: I, Melissa Shaw, hold no direct investment interest in any company mentioned in this article.

One response to “Vanadium Reserves by Country”