Revenues for lithium showed a considerable relative improvement recording an increase of 47.6 percent compared with last year. This demonstrates that the lithium market has improved considerably compared to the market conditions observed during 2009. 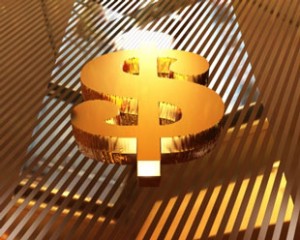 Investors will take confidence as this demonstrates that the lithium market has improved considerably compared to the market conditions observed during 2009.  The report discloses that industrial applications for lithium in both construction and lubricants, which were once expected to recover over the span of a few years, have reached levels close to those observed pre-crisis. The traditional driver of the lithium market has been rechargeable batteries for portable devices, and it also improved beyond demand highs observed in 2008. The news that consumers throughout the lithium chain have also restored their operational inventories, boosting demand for lithium and improving sales volume is a welcome sign for lithium investors.

Patricio Contesse, SQM’s Chief Executive Officer, was pleased with the overall results, “We have observed a positive shift in demand across all of our business segments during the first six months of 2010. The momentum observed during the first quarter has continued through the second quarter, as improved economic conditions have helped sustain demand. Additionally, inventory levels throughout the supply chain, in all of our business lines, have begun to return to normal levels, which had both a positive impact on our sales volumes and also reflects a clear signal of consumer and distributor confidence in long-term demand.”

The capital market has also demonstrated optimism on the positive earnings report with the stock trading at $43.69 range, which represents an increase of 2.5 percent over the previous close and just over 15 percent appreciation for the month of August.

TNR Gold Corp. (TSXV:TNR) and its wholly owned subsidiary International Lithium Corp. announced the grant of an additional 4,000 hectare claim at the Mariana lithium brine project in Salta province, northwestern Argentina.  The 40 km square claim granted is adjacent to the east and south of its Mariana claim group and is a 33 percent increase in the scale of the project area.

The company is planning a drilling program to begin in the fourth quarter of this year and is optimistic that the “new claim secures prospective land area for a potential future processing plant facility.”  The intent is to utilize this drill program as a first step towards a resource classification of the brine. Objectives for this program include:  geochemical characterization of the subsurface brine across different zones within the basin;  identification of the stratigraphy for a geological model of the salar; analysis of the aquifer potential of the basement of the salar; and establishment of a weather station to collect data on evaporation characteristics.

The Chemetall Foote subsidiary of Rockwood Holdings (NYSE: ROC) has announced the contract for engineering and procurement services in order to expand its production of lithium materials for advanced transportation batteries will be provided by the Downstream business unit of KBR (NYSE: KBR).  The project is expected to be completed by the end of 2011 with an objective to support Chemetall Foote in meeting its goal of increasing lithium hydroxide production in response to an increase in demand and forecasted growth of electric vehicles.

The announcement serves as part of a follow up from the July press release detailing that the US Department of Energy (DOE) has provided a $28.4 million grant to expand the Silver Peak lithium production facility.  The DOE grant funding is provided under the Electric Drive Vehicle (EDV) Battery and Component Manufacturing Initiative of the American Recovery and Reinvestment Act of 2009 (ARRA), which has been made available to provide approximately $2 billion in federal stimulus funding to support the creation of American jobs while promoting the development of US based advanced battery production for the EDV market.