SQM saw its share price climb over 6 percent on Tuesday after Potash Corp, said its board rejected an unsolicited $39 billion offer from miner BHP Billiton. Lithium investors will remain very interested in this development as BHP said it continues to review its options and will make a further announcement in due course. 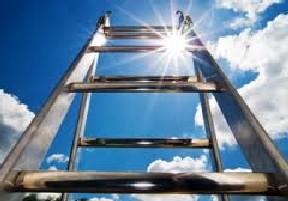 Sociedad Quimica y Minera de Chile S.A., or SQM (NYSE: SQM) saw its share price climb over 6 percent on Tuesday after Potash Corp (TSX:POT), said its board rejected an unsolicited $39 billion offer from miner BHP Billiton (NYSE:BHP).  SQM is primarily involved in the fertilizers and agricultural chemicals industry, as well as being a primary producer of lithium and iodine.

Integrated fertilizing manufacturer, Potash Corp, which has a 32 percent stake in SQM, surged nearly 28 percent following the bid.  This offer reflected BHP’s desire to capitalize on resurgence in the global fertilizer industry following a collapse in demand during the global economic slowdown. Analysts said a steep recovery in the fertilizer business and expectations of a higher counter bid by BHP inflated views for SQM’s asset value.

The impact has even been reflected in the price of the world’s first lithium ETF developed last month by Global X funds (NYSE:LIT), with the unit price appreciating over 3 percent to trade within the $16.82 range.

Marcelo Catalan, an analyst with the BCI brokerage in Santiago said, “SQM and all its stakeholders are surging, more than 6 percent. We’re seeing that Potash’s rejection of BHP’s offer affirms the positive market expectations for the fertilizer business.”  Lithium investors will remain very interested in this development as BHP said it continues to review its options and will make a further announcement in due course.

South Korea and Bolivia plan to discuss cooperation in lithium technology advancement during a conference to be held in Seoul later this month.  Bolivian President Evo Morales is scheduled to make a three-day visit to Seoul later this month. Some officials have characterized the “small progress” in negotiations over the right to access the natural resource in the Latin American nation as the outcome of President Lee Myung-bak’s resource diplomacy.  Several nations, including China, Japan and France, are competing to gain access to the natural resource.

An executive team from the Korea Resources Corporation (Kores) led by Chief Executive Officer Kim Shin-jong is currently discussing with government officials in La Paz regarding the development of Bolivia’s extensive lithium mines.  Kores has been very involved in South American lithium asset potential, signing a memorandum of understanding last August with a Bolivian science committee on the development of Bolivia’s lithium mines and on helping the South American country to industrialize.

Earlier in June a South Korean consortium consisting of private, public, and government agencies announced that they would invest $15 million in an exploration and a feasibility study at the Sal de Vida lithium brine deposit for a 30 percent stake in a joint venture with Lithium One (TSXV:LI).

The most recent developments to secure a reliable lithium supply contribute to the seemingly consistent wave of Asian companies and consortiums actively interested in global lithium prospects.

On Monday, Electrovaya Inc. (TSX: EFL), the developer of lithium ion superpolymer rechargeable batteries for electric vehicles and a variety of other applications, announced the financial results for the third quarter of the fiscal year ended June 30. Results were relatively strong with revenue increasing approximately 48 percent on a yearly basis and net losses improving over 60 percent over last year’s third quarter results.  The company had a number of interesting developments over the quarter including key organizational changes and public sector funding grants.