In this Lithium-ion Bull (Forest Hills) article, Howard Klein covers the latest developments in the lithium space, from company to market news.

As I pen this penultimate Lithium-ion Bull for 2017, having ingested a weekend-full of Music City, Nashville, TN blue sky, moonshine and carbohydrates, and digested over a post-yoga Saturday brunch Mr. Lithium’s insightful Reader’s Digest-sized 2017 lithium summary…

…I share a souvenir I bought to adorn Bull’s Lair… 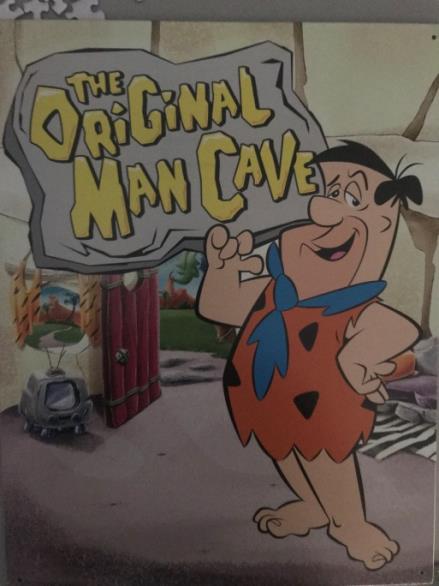 Not to be mistaken with: 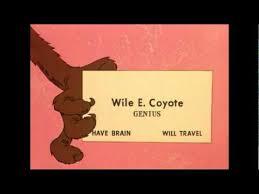 Sidebar: I feel similarly about and still don’t wanna Tawana or anything connected to Bald Hill.

I have many thoughts germinating for a year-end LI Bull finale ahead of multi-cultural visits with family in Budapest and to Israel. Which, among other things, reminds me of my first ever exposure to the concept of profits from brines in the late 1990’s: Dead Sea Bromine, now part of Israel Chemicals. ICL last year was rumored to be interested in SQM – too bad for them they didn’t invest. Potash Corp has to sell their ICL stake, as they do their SQM stake as a condition for their Agrium merger to go through. Interesting dynamic. A thought on $RIO and #lithium non-top:

Like prices of most lithium equities in the past 3 months, Twitter has doubled the number of characters it allows. Which means I’m reading – and writing — more words and symbols.
I cut and paste some Twitter filler this issue, before commenting on the Lithium Scoreboard as November came to a close last week. And speak to one narrative which highlights a broader, over-arching narrative: the lithium battery material industry is growing and evolving so quickly that some conventional wisdoms within very short periods of time become false narratives.
Like downstream refining in Western Australia won’t happen due to higher labor and energy costs. I think one of the biggest stories of 2017 is the emergence of a clean and green lithium chemical processing industry in Australia. And not just lithium. But cobalt sulphate and nickel sulphate too.
Last week’s Economist gets it mostly right profiling Altura, Pilbara and Clean TeQ, which I augmented November 24 as follows:

And on November 26, Clean TeQ:

Oz has quality mines and great jurisdiction and, given the price inelasticity by cathode buyers of lithium chemicals, will provide a strong price umbrella for those who can produce early from lower cost South America. Argentina will be a significant focus of my next and last LI Bull for 2017. ORE and LAC are among the best positioned, highest margin Emerging Producers, short, medium and long-term.
What I call The Good Li Fe for all Emerging Producers in WA should persist for the next three years as their off-take arrangements are based at least in part on carbonate prices which likely will be in the low to mid-teens during this period. I see some risk of spodumene over-supply even within a tight carbonate and hydroxide market. Tianqi & ALB and SQM/Kidman have downstream refining strategies in Oz. Those among PLS, AJM, MIN, NMT who follow suit will ensure they win long-term in my view – or risk getting squeezed – existing pricing mechanisms are not long-lived. Unless they are bought out. I believe GXY’s Mt. Cattlin is too short lived and low grade to base a downstream strategy on.
Bitcoin Lithium? My quick comment below on LinkedIn to this widely distributed Visual Capitalist chart proved relatively popular.

“The Elliot Wave-like pattern leading in a few short years to today’s bitcoin euphoria shows how far the #lithium equity market could grow. The crypto market cap doubled from $150 to $300B. Total lithium equity market grew this year from $25B to $50B, one-sixth the size of crypto. Lithium developers and producers have a very proven and clear path to high profitability. Bitcoin business models?” 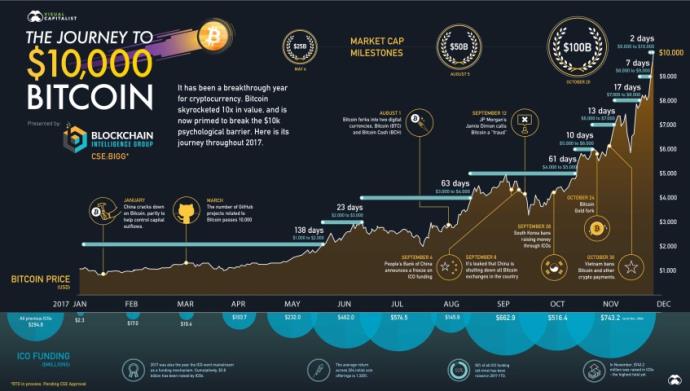 I continue to encourage traditional institutional investors to PAY ATTENTION: 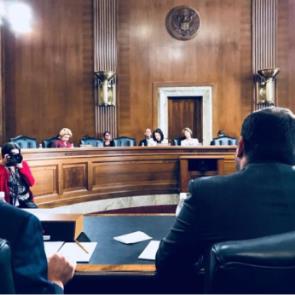 Mr. Market took a #relativevalue turn with the Big 5 on balance selling off, while Emerging Producers took another strong leg up. Interestingly, the Total Lithium Investable Market Cap I calculate actually fell in November – though small in percentage terms, the nearly $3B fall in the Big 5 exceeded the ~$1B+ collective uplift in the Emerging Producers. Argentina brines saw big interest following the great showing of the “Let’s Change” party in Parliamentary elections and well attended investor site visits at ORE, LAC, ML, NLC and AAL. 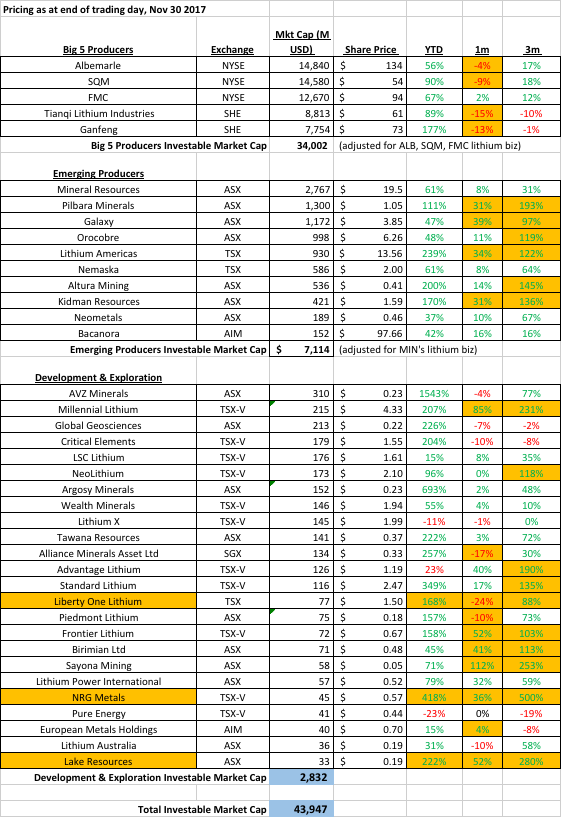 Mr. Market is suggesting favorites of mine Millenial and Neolithium have a good chance to follow in ORE and LAC footsteps. ML jumped to #2 behind the World’s Worst Located Lithium Project (La Guillotine) after very rapidly receiving a $30M check from the largest Chinese solar manufacturer — I suspect to see more open-wallet China investment to this high priority sector following the conclusion of the most recent Chinese Congress. NLC also raised $30M in a traditional institutional bought deal, which, like Millennial’s deal, had no warrant attached.
Joe Battery-Packs like Fred Flintstone — or Donald Trump – are happy to pat themselves on the back: 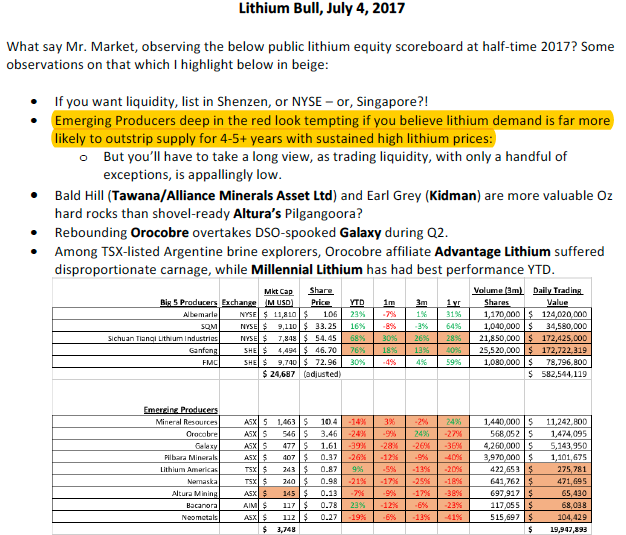 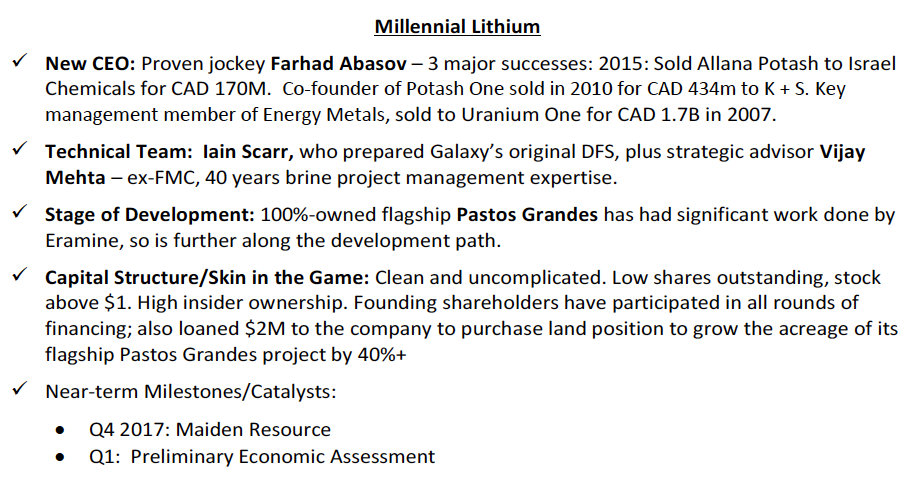 As of the end November, non-producer PLS had a higher market cap than producers GXY and ORE (should this be the case?), and all are now USD Unicorns (this should be the case!) with LAC not far behind. Across global equity markets, I suspect December should witness continued re-investment and window dressing in themes that have worked this year, though the details of US Tax Reform, while broadly market positive, are creating some irregular renewable energy heart BEAT:

A Known Unknown.
I expect the same next month too, as 2018 asset allocation changes to 2017’s winners create a bit of a January effect in lithium land – Tesla and the US is A story, not THE story, to parrot a now familiar refrain from he who also anointed the Lithium Star Alliance. 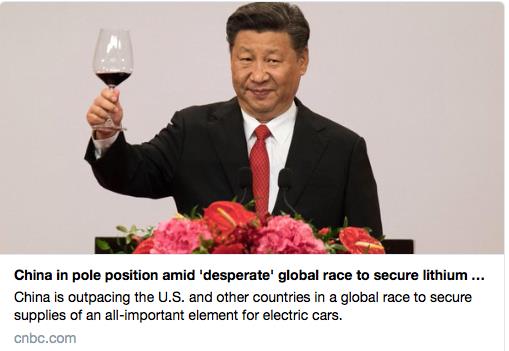 I anticipate a lot of financing in Q1/Q2 2018 as uncompleted 2017 financings get done – perhaps Nemaska, Bacanora and/or North American Lithium.
And M&A. ALB has been very vocal about its financing capacity and interest to buy – and they have a history of paying up for producing assets. KDR was surely in play this year, but I’m not sure greenfields are ALB’s bag — SQM is the Smooth Operator in this regard. ALB’s been in the press of late jawboning about value/asset life, which prompted the following potential shopping list:

http://www.afr.com/business/mining/lithium-juniors-inflating-asset-sizes-albemarle-20171117-gznday
I added three new names to the November lithium scoreboard, all now above $50M market cap, including Standard Lithium (Californa Brine) and Liberty One (Argentina brine), which I know very little about, but sense, like many others on this list, could be deleted within the next 12-24 months, as I deleted Avalon this month. I also note the sudden rise in Sayona Mining, a company with a low-grade Quebec resource and old PFS and signed “an MOU to advance discussions” with a subsidiary of China MinMetals.
Before I get to (Nicole) Kidman, I will (red, white and blue) flag that which has morphed from American Girl Charlotte to Uptown Girl Christie Brinkley meets The BOSS. Piedmont Lithium gave back 10% in November after rising 50% from its heavily institutionally subscribed $16M equity placement, and as its US ADR began trading in November at ~$US 15.
I’m not a huge fan of most Christmas music now blaring in every store, but, as it was just #GivingTuesday, and as regular LI Bull readers have no doubt been nice and not naughty this year, some Carolina spodumene is likely deserving in your Christmas stocking. Consider this my year-end gift!

A REPRISE from my Sept 28 curtain raiser – Who’s Next: Bargain.

“Jack is in the alley selling tickets made in Hong Kong Promoters in the pay box wondering where the bands gone Back in the pub the Governor stops the clock Rock is Dead the Say!

Kidman hosted a site visit during October with a number of sell-side analysts, which has resulted in Steuart McIntyre of Aussie broker Blue Ocean Securities initiating KDR as its Top Pick in the ASX lithium space. I’ve found Steuart and Blue Ocean get behind only a few high-conviction calls and have had an exceptional track record with a 2015/16 Top Pick, PLS. 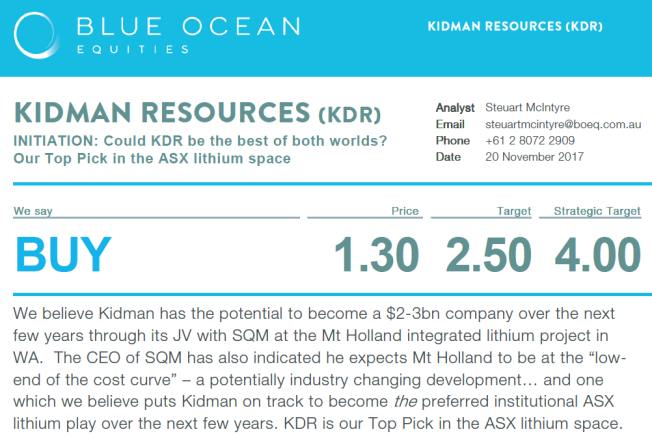 I suspect other sell-side analysts may initiate soon as well. KDR/SQM/Mt. Holland is a Tier One project — to have credibility covering the ASX lithium universe, it is essential to be publishing on this name.
I concur with much of Stueart’s analysis and, as I said in September, I believe the KDR movie will unfold in a quite similar manner as has LAC, once studies are published and other milestones are publicly announced by both SQM and KDR.
I flag as well Steuart’s follow up after last week’s strong infill and extensional drilling results at Earl Grey:

Improving Scalability
One of the most important qualities major mining companies look for in a mining asset is scalability – that is, the ability to expand the productive capacity (longer term) to much higher production rates. The scalability of Earl Grey is already compelling… and it is now set to get better. To illustrate:

Does lithium land really need to build a hard rock lithium mine and processing facilities in DRC? 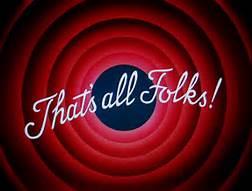 Disclaimer: Lithium-ion Bull (Forest Hills) is a periodic publication, written through my advisory firm RK Equity Advisors, LLC. I may act, or may have acted in the past, as a financial advisor, or capital raiser for certain of the companies mentioned herein and may receive, or may have received, remuneration for services from those companies. I, RK Equity as well as their respective partners, directors, shareholders, and employees may hold stock, options or warrants in issuers mentioned herein and may make purchases and/or sales from time to time, subject, of course, to restricted periods in which we may possess material, non-public information. The information contained herein is not financial advice and whether in part or in its entirety, neither constitutes an offer nor makes any recommendation to buy or sell any securities.