“What you’re looking for is lithium development companies that can play that role producing inexpensive battery grade lithium . . . It’s companies similar to the ones we have under coverage like Western Lithium Corp (TSX-V:WLC), Rodinia Minerals Inc (TSX-V:RM) and Salares Lithium Inc. (TSX-V:LIT).” 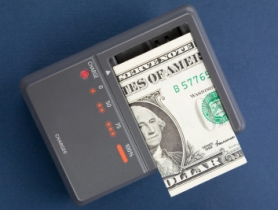 Last week, the lithium analyst at Byron Capital Markets, Jon Hykawy, participated in a Globe and Mail lunch forum and an interview with The Energy Report discussing progress and development of lithium-ion battery technology.

An advancement of interest was the significant amount of research in using lithium-vanadium phosphate cathodes in batteries. The optimum goal is to produce a lithium battery that generates relatively high voltage with significant energy content because voltage equates somewhat directly to power out of a battery. Mr. Hykawy was optimistic about these prospects, “It can hold more per charge than the standard lithium cobalt oxide battery that’s out there…. It has a higher voltage—around 4.7 volts or 4.8 volts—compared to about the 3.7 that the standard battery produces today. It also has about 22 percent more energy content.”

Mr. Hykawy also shared his interest and optimism for South American brine producers and explorers.  For the longer term lithium investors, he suggested, “What you’re looking for is lithium development companies that can play that role producing inexpensive battery grade lithium. That largely consists of brine and clay producers. That’s the basket that we’re referring to. It’s companies similar to the ones we have under coverage like Western Lithium Corp (TSX-V:WLC), Rodinia Minerals Inc (TSX-V:RM) and Salares Lithium Inc. (TSX-V:LIT).”

On Tuesday, Nissan Motor Co (TYO:7201) announced the price of its battery-powered hatchback Leaf at nearly a 50 percent markup to the Prius in Japan, and near a 30 percent increase over the world’s most popular hybrid car in the US.  However, the effective cost to consumers will be lower in both Japan and the United States because of heavy government subsidies in the early years of sales for plug-in battery-powered vehicles.  In the US market, federal tax credits will allow consumers to purchase at about a 10 percent premium to the Prius, not including state incentives. State tax credits in California, the top alternative car market in the US, could reduce the price to US $20,280, which is less than the sticker price of a basic Prius at about $23,000.

The Leaf is set to reach the market in Japan and the United States in December and European prices are expected to be announced in the coming weeks.  This week has seen the market respond positively to the announcement, resulting in the share price appreciation from ¥ 783 to ¥ 801 for the end of Wednesday’s trading session.

The top gainer on the WilderHill New Energy Global Innovation index for the first quarter of 2010 will be Polypore International Inc. (NYSE:PPO). The Wilderhill benchmark consists of 86 clean-energy stocks and is the product of 45 industry analysts following international companies that are active in energy storage, conversion, efficiency and pollution control as well as wind, solar, biofuels, hydro, geothermal and other renewable energy resources.

Polypore International makes the chemical separators for lithium batteries used in electric vehicles made by General Motors Co., Toyota Motor Corp. and Volkswagen AG and is also the world’s biggest producer of porous membranes used in traditional lead-acid batteries for cars.  The company’s share price is climbing faster than most alternative energy stocks this year as investors bet on a global shift to low-polluting automobiles.

Brian Drab, an industrial business services analyst at William Blair & Co. in Chicago recently stated, “Polypore is positioned to take a solid chunk of the growth in electric vehicles…They supply to most, if not all, the major makers of lithium batteries that are going into electric cars.”  Mr. Drab has an “outperform” rating on the Charlotte, North Carolina-based company, which finished the first quarter with a 47 percent increase in the share price to US $17.45.  According to Bloomberg, of the nine analysts that follow the company, four rate it a “buy” and four a “hold,” while one has a “sell” recommendation.

Plans for capacity expansion include US $102 million total investment spread primarily over 2010 and 2011 partially funded with a US $49 million grant from Department of Energy and additional incentives of about US $18.6 million from the State of North Carolina.  In addition to more than doubling the current capacity in the United States, Polypore is focused on further penetrating Asian consumer electronic battery manufacturers following a US $30 million capacity expansion in Korea expected to be online in 2011.The company forecasts electric vehicles will make up 3 percent of global car sales by 2012, and 6 percent by 2015, compared with about 2 percent now.

As a result of the market dynamics of shorter product life cycles and high growth in customer electronics, the company’s primary revenue drivers will represent over 8 percent growth in the demand for laptops, mobile phones, power tools, portable audio/visual devices and power tools.

2 responses to “Lithium Ion Batteries Get a Recharge”