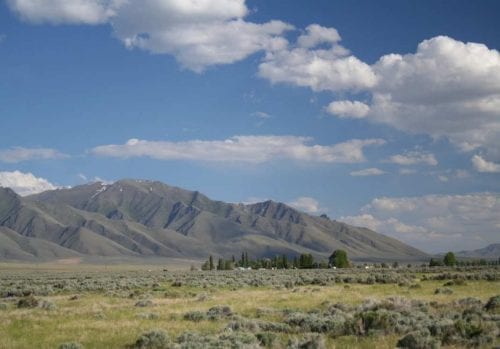 The dual-listed company is expecting to receive all major permits for Phase 1 operations by the end of next year.

Lithium Americas said it is working on a definitive feasibility study to be published in mid-2020, aiming for 20,000 tonnes of lithium carbonate equivalent (LCE) per year for Phase 1 — down from the 30,000 tonnes indicated in a study released last year.

“(The company) is evaluating the production of lithium carbonate or lithium hydroxide depending on feedback from potential strategic partners and customers,” Lithium Americas said in a statement. First lithium production is estimated by the end of 2022.

The dual-listed company is expecting to receive all major permits for Phase 1 operations by the end of next year and has secured all water rights for production during the initial phase.

Lithium Americas also said it has signed a long-term mining contract with a subsidiary of NACCO (NYSE:NC), which will fund up to US$50 million in equipment for Thacker Pass and provide mine engineering, construction, operation and reclamation services.

The company is expecting to complete an environmental impact statement by the end of 2019.

“Thacker Pass has recently achieved several regulatory and commercial milestones, including finalizing the partnership with North American Coal as our mining contractor and acceptance of the Plan of Operation by the Bureau of Land Management,” said Alexi Zawadzki, Lithium Americas’ president of North American operations.

“Supported by a high-grade scalable resource and simple low-cost process, Thacker Pass is positioned to be the foundation for a strong and environmentally responsible battery industry in the United States.”

Moving forward, Lithium Americas is starting to look for financing options, including a joint venture partner, but will begin the formal process in 2020.

Aside from Thacker Pass, Lithium Americas is developing the Cauchari-Olaroz brine lithium project in Argentina. In August, Chinese top lithium producer Ganfeng Lithium (OTC Pink:GNENF,SZSE:002460) closed a US$160 million investment in the project, forming a 50/50 joint venture with Lithium Americas.

On Wednesday, shares of Lithium Americas were trading down 0.64 percent in New York at US$3.10.