The large manufacturing facility referred to as Liotech is expected to produce up to 500,000 lithium batteries per year. The the expectation is for the plant to produce lithium batteries to supply electric vehicles and larger bus batteries, in addition to a variety of energy storage applications, and emergency power supplies. 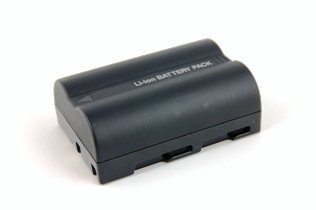 The world’s largest lithium-ion battery plant, a joint venture between the Chinese lithium battery manufacturer Thunder Sky Group and Russian state run agency RUSNANO, was recently opened in Novosibirsk, Russia. The facility, referred to as Liotech, is expected to produce up to 500,000 lithium batteries per year, to supply electric vehicles and larger bus batteries, in addition to a variety of energy storage applications, and emergency power supplies.

In an interview with Lithium Investing News Sam Smith, Managing Partner at EV World & Associates Consultants described the competitive landscape, “You need the economies of scale to drive the unit cost down to the lowest level. At one time, I believed that at some point the cost of transportation would dominate, but all the experts I spoke to said shipping costs were insignificant when compared to the cost of environmental compliance. You will be seeing more large lithium battery plants appearing. [There is] no value in a small one. Russia is buying into the urban EV model.”

In September of 2010 A123 Systems (NASDAQ:AONE), the well known lithium battery manufacturer in the United States, announced the grand opening of the largest lithium automotive battery production facility in North America.

Last March, a project initiated by the parent of the Chinese copartner of Liotech was approved by the government of Shenzhen and the State Council, which expects to have the annual production capacity for 9 billion ampere-hours of lithium batteries and 10,200 power storage station equipment kits, worth a total $20.1 billion. The “New Energy Winston Base” project could become the world’s largest manufacturing base for lithium-yttrium and lithium-sulfur batteries.

Eric Leonhardt, Director of Vehicle Research Institute at Western Washington University explained to Lithium Investing News, “The Thunder Sky products have similar performance to Panasonic’s Nickel Metal Hydride batteries. They do not have the energy density of the products used in the Leaf or Tesla. In the United States they are used by electric vehicle enthusiasts due to their low cost and availability.  They may be more durable than the high performance cells. I don’t think a major manufacturer would use them in a vehicle for the United States or European markets. They are more likely to be used in electric motorbikes and scooters in Asia.”

The Liotech commercial venture has already reported to have signed a number of contracts to supply lithium batteries. Chief Executive Officer of Liotech Alexander Erokhin indicated that the company has seen interest in Liotech lithium batteries from businesses in the Russian military industrial complex, the public utilities, electric power networks, telecommunications, and public transportation companies.

Sergey Polikarpov, Managing Director of the Department for Investments at RUSNANO said, “The new factory is an outstanding example of the local impact of transferring the foreign high technology. It has led to construction of modern production facilities. When plant capacity has been met, more than five hundred individuals will be employed. In realizing a program to replace imports, we are creating an entire cluster of new high-tech production for materials and components related to the batteries and also an engineering center which is an excellent synergy.”