Performance of the lithium business beat original company expectations for 2010, and the segment posted record sales volumes. The lithium market improved strikingly over 2009 lows, and the company estimates that total demand for lithium in 2010 was greater than in 2008, the previous record year for demand. 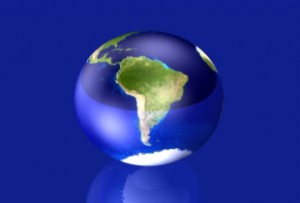 The largest lithium producing company in the world, Sociedad Quimica y Minera de Chile S.A., or SQM (NYSE: SQM) saw its 2010 annual net profit rise 13 percent to $382.1 million as demand for many of its agricultural based products recovered following the global financial crisis. Improved global economic growth and a growing world population, which are straining resources like arable land and water availability, have fueled demand for fertilizer and specialty chemical products.

Revenues increased over 26 percent on the year totaling $1.8 billion for 2010, representing an increase over the $1.4 billion reported for 2009. Gross operating margins also improved to $626 million for an 18 percent increase on the previous year total of $530 million. Gross margin for the Lithium and Derivatives segment of the consolidated revenue stream accounted for approximately 10 percent of SQM’s gross margin for 2010.

SQM’s Chief Executive Officer, Patricio Contesse was bullish on the results, “After consistent performance in each quarter of the year, we finished 2010 with solid results. We observed strong volumes across all of our product lines as market conditions in all of our business segments surpassed our initial expectations for 2010, moving past 2009 lows. We observed healthy volume recovery that in some cases exceeded pre-crisis levels. In fact, we posted record sales volumes in our iodine and lithium businesses, which reflects the strong fundamentals of our markets.”

Performance of the lithium business beat original company expectations for 2010, and the segment posted record sales volumes. The lithium market improved strikingly over 2009 lows, and the company estimates that total demand for lithium in 2010 was greater than in 2008, the previous record year for demand. Demand recovery in 2010 was driven by secondary rechargeable batteries for portable devices, the traditional demand driver and was also boosted by a return to operational inventories throughout the lithium supply chain.

The release cautioned that, “prices in this business line have remained relatively stable throughout the year and have continued to be approximately 20 percent below 2009 prices.”  Contesse concluded, “The first months of 2011 have followed 2010’s upward trend, and we remain optimistic about the coming year. In these normalized conditions, we anticipate more moderate growth trends compared to 2010 recovery as markets return to historical levels of expansion. SQM remains uniquely positioned to capture this future growth, and we remain fully committed to capitalizing on our competitive advantages.”

SQM expects to make capital expenditures of $750 million through 2012 to increase capacity of lithium and potassium-based products at its Salar de Atacama facilities in northern Chile, to increase nitrate and iodine efficiencies and production capacity and improve its railroad system. The company expects to sell 10 percent more volume this year in potassium-based products, SQM said, without providing further detail.

On Monday A123 Systems (NAS:AONE) reported a fourth-quarter loss of $45.7 million or $0.43 per share, which widened from the previous year, mainly attributable to  higher costs and lower revenues. The street consensus expected a loss of $0.37 per share for the quarter. Total cost of revenue for the quarter increased to $33.39 million from $24.58 million in the prior year period. Last year the company received considerable positive news flow surrounding long term production contracts and successful publicly funded strategic alliances.

Chief Executive Officer, David Vieau did offer some positive guidance, “During 2010 we more than doubled A123′s worldwide manufacturing capacity on an annual basis, and put in place the foundation to support rapid growth in the years ahead.” He added, “A123′s momentum is strong and we have expanded our portfolio of blue-chip customers in each of our target markets. We were awarded a production contract with a major North American automaker for an electric passenger car that is expected to enter the market during 2013, and we were recently selected by three new customers for commercial vehicle programs that we expect to enter production starting in 2012. In addition, we believe that A123′s selection by AES to provide energy storage systems for a second power plant in Chile, combined with our work with power generation equipment manufacturers, reinforces our worldwide leadership position in the electric grid market.”