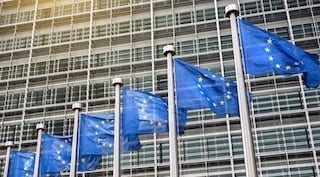 To keep up with surging demand for electric cars, LG Chem (KRX:051910) will invest $1.63 billion to open the biggest lithium-ion battery factory in Europe.
The company said in a statement on Thursday (October 12) that starting in 2018 it plans to produce up to 100,000 batteries annually in Wroclaw, Poland. The decision comes as automakers continue to announce that they will electrify most of their models by the end of the decade.
Most recently, BMW (ETR:BMW), Mercedes-Benz, Audi (FWB:NUS) and Jaguar Land Rover all promised that their fleets will offer electric options for every model by no later than 2025. Collectively they are investing billions of dollars in a bid to catch up with Tesla (NASDAQ:TSLA).


Give me my free report!
“The company has chosen Poland as the most competitive location for production to satisfy the needs of European and global car producers,” said Chang-Beom Kang, vice president at LG Chem.
China currently leads in the production of electric vehicle batteries, but car manufacturers have been calling for Europe to start producing these batteries in order to remain competitive. LG Chem’s factory will make batteries suitable for electric cars produced by top car companies.
“We need production in Europe for vehicles of the future, or we put all Europe at risk,” Roberto Vavassori, president of the European Association of Automotive Suppliers, recently commented.
LG Chem said the raw materials for the batteries, including lithium, will at first be imported from its parent company in Korea, and then hopefully sourced from local suppliers.
The total amount of batteries the company is aiming to produce annually will represent only about 4 GWh per year. That is only a small fraction of future demand, which is expected to reach 750 GWh by 2026, according to Cairn Energy Research.
Other companies are also planning to build battery factories in Europe. Last September, Swiss ABB (NYSE:ABB) joined a project targeting annual cell production equivalent to 32 GWh by 2023.
At the recent Cathodes 2017 conference, Benchmark Mineral Intelligence Managing Director Simon Moores said that there are 20 lithium-ion battery megafactories in the pipeline to 2021, with the vast majority in China.
According to the firm, increasing demand for the raw materials used in the batteries will see the need for lithium raise from 75,000 tonnes in 2016 to 156,000 tonnes by that time.
Don’t forget to follow us @INN_Resource for real-time news updates.
Securities Disclosure: I, Priscila Barrera, hold no direct investment interest in any company mentioned in this article.