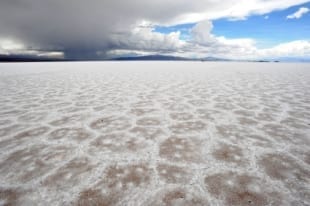 In the past year I have written about the “End of the Big 3”, the “Rise of China” and asked “Does Nemaska Matter”?
I have been critical of the junior lithium projects that I believe are run by charlatans who are looking to “pump and dump” their shares; however there is no doubt that the lithium world needs a few juniors to be successful in order to meet future demand.
In the end most juniors will fail but I now believe more juniors than I first thought will succeed. I could revise the title of this post to “Maybe Nemaska (TSXV:NMX) does Matter”. Demand is growing faster than I envisioned just a year ago as evidenced by the price run-up that began in Q4 of 2015. I believe double digit lithium carbonate prices will last into the next decade and create an investment climate much more favorable to junior projects with the potential for reasonable, if not world class cost positions. Hydroxide price will increase more than carbonate going forward which is great news for a project like Nemaska.
Despite my reputation as being critical of many juniors, I was surprised and pleased to be asked to speak at Lithium conference in Toronto last week which provided a forum for several junior companies to tell their story to potential investors.


Give me my free report!
The lithium market is changing on a daily basis. No matter what Albemarle (NYSE:ALB) says about being number 1 and capturing 50 percent of future lithium ion battery growth going forward, the former “Big 3” lithium companies now supply less than half the market and Albemarle, despite having the world’s largest lithium business on a sales basis, currently has a shrinking piece of the lithium ion battery business. Their MOU with Chile is still not a contract and even with their expansion coming online starting next year and their tolling strategy in China, the ALB share of the battery market will not grow as their CEO likes to tout.
Yesterday ALB announced a $3.2B sale of the surface treatment business acquired via the Rockwood purchase so perhaps another lithium related acquisition is being considered. Time will tell.
In the next five ALB’s capacity addition of 20K MT of LCE via their expansion at La Negra will be dwarfed by the planned combined supply increases of Galaxy (ASX:GXY) with Mt Cattlin in spodumene and Sal de Vida in brine, Lithium Americas (TSX:LAC) with their SQM (NYSE:SQM) JV partnership to develop Argentina brine and China powerhouse Ganfeng with their first resource based investment in Neometal’s (ASX:NMT) Mt. Marion and the continued expansion of their conversion capacity.
FMC’s (NYSE:FMC) recent announcement that they intend to triple their hydroxide capacity based on sourcing carbonate, debottlenecking and having a toller in an unrelated business in China add capacity for them was not taken seriously by most of the industry. FMC announced a hydroxide capacity expansion a few years ago that never happened – past looks to be prologue in this case. By 2020, FMC will either be number five or six in the industry on both an LCE and sales basis. FMC’s shrinking position proves that the “Big 3” as we knew it no longer exists and will simply be a misnomer people (like me) will continue to use.
Hopefully SQM and the CORFO settle their issues but in any case SQM looks poised to expand capacity via their JV in Argentina with Lithium Americas even if the issues with CORFO linger. SQM appears unwilling to cede upstream capacity leadership to ALB for more than a brief period. Early in the coming decade, it will be clear SQM’s purchase of 50 percent of LAC’s project in Argentina for $25 million was a brilliant and well timed move.
It was with the backdrop of rapidly growing demand requiring at least 120K MT of capacity increases by 2020 and a lack of adequate response by the major companies, that I went to Toronto to listen to the junior lithium companies present and also share my thoughts on the lithium market.
For the most part junior lithium companies are run by managements with more of the proverbial “skin in the game” than their Big 3 counterparts. I have also found junior management teams to have more in depth knowledge of the lithium market than many members of the “major’s” management teams who all too often seem to consider their customers beholden to them. The shortage only makes their “entitled” attitude worse.
Unfortunately, all too often junior companies do themselves, their peers and their shareholders a great disservice by exaggerating their opportunity and performance. In my opinion the first speaker in Toronto from Orocobre (TSX:ORL,ASX:ORE) continues to fall into this category. ORE is getting great pricing for off-spec product. As an incremental supplier in a shortage, they are able to get a premium to ALB’s battery grade for material that most of the time has to be sent to the “cleaners” prior to use for cathode production. This is great news for shareholders so why not just tell the story that the company is “riding the price wave” until they can work the purification issues out? Instead the speaker declared his company a “member of the lithium oligopoly” and claimed they will produce 100 percent battery grade by September and double capacity by 2018. Wishing it were so does not make it so…….
Rather than dwell on what I consider to be an unfortunate lack of candor and certainly not a “misunderstanding” – I will wait for the full year data to be available before commenting further on ORE. Yes, Hot Copper crowd, I stand by my past comments.
The other presenters included: Pure Energy (TSXV:PE), Nemaska, LAC and Lithium X (TSXV:LIX). They did what you should do at an event like this – cast your company in the best possible light without a lot of BS. Of the assembled group I am most bullish on LAC’s prospects especially after their deal with SQM.

Give me my free report!
After the conference, I had dinner with several investors that asked many interesting and insightful questions. There seemed to be consensus on three things: interest in investing in lithium has never been higher, confusion over the potential best investments has never been greater and most companies do not help their credibility by making claims about their cost position that are hard to believe.
This is where I espouse what is considered by many to be heresy in the world of orthodox resource investing: “low cost is less important in the next decade than project execution and speed to market”. Any junior that is able to enter the market with a reasonable capital investment and produce a quality product with a cash cost even double that of an ALB or SQM will be a big winner. In 2016 more half the world’s supply will be high cost – coming from converted spodumene and low quality Chinese brines. This supply provides a price umbrella that will last well into the next decade and allow projects to achieve payback quickly even with what are perceived to be high costs. Think of the China spodumene converters and brine producers as a “no cost hedge” for new projects.
The day after the Toronto conference, I went on a tour of Nemaska’s operational sites in Quebec. Given my past comments about the project I was surprised to be given a seat on the plane. I have always loved the fact that Nemaska has focused on hydroxide and is trying to commercialize electrolysis for lithium production. My doubts about the Nemaska have always been focused on the high total capital cost and execution risk. Now with a rapidly growing hydroxide market that is obviously underserved by the major players outside of China and prices that are likely to remain high for an extended period, Nemaska will be playing in the sweetest spot in the lithium market. If their small phase one plant can prove their new process works for a reasonable cost; I believe they can be a winner. Meeting with the plant team also helped ease my concerns on execution risk. I can also see a scenario where they prove the technology and win without developing their mine but that is certainly not their plan. 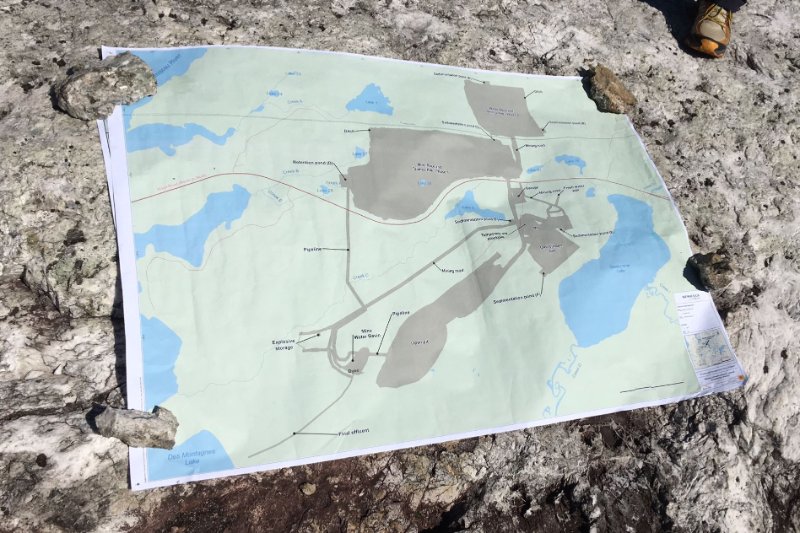 Nemaska has big plans for the future

So, for now, my three favorite juniors in planning to produce lithium chemicals are: Galaxy, LAC and Nemaska. There will be another Canadian name on this list by the end of summer so stay tuned…….
To be clear, I consider Tianqi and Ganfeng as majors so from my perspective the future of the lithium world is now in the hands of the Big Five and select juniors including ORE. My parting shot is that Pilbara (ASX:PLS) will likely also be in the mix long term as a spodumene major but that story is still emerging.
Don’t forget to follow us @INN_Resource for real-time news updates!


Give me my free report!
After more than two decades with a major lithium producer holding senior leadership positions at lithium operations in the US, Japan and China; Mr. Lowry formed Global Lithium LLC – an advisory firm that works with lithium producers, users, investors, hedge funds and governments on four continents. He has an extensive network of contacts with the leadership of the world’s leading lithium suppliers and users. His knowledge of lithium supply and demand, pricing, the lithium ion battery market and industry trends enables him to provide unique insights into the world of lithium.
Originally published by Joe Lowry on June 18, 2016. Click here to view the original article.
Editorial Disclosure: Joe Lowry was employed by FMC from 1989 to 2012. His most recent title was Global Sales and Business Development Director — Lithium.
Nemaska Lithium, Galaxy Lithium and Pilbara Minerals are clients of the Investing News Network. This article is not paid for content.