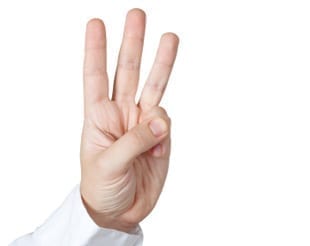 Shrey Patel and Jonah Raskas of the Lithium Spot outline three recent observations on the lithium space from Goldman Sachs.

We read anything and everything relating to lithium. In particular, we pay close attention to what Goldman Sachs (NYSE:GS) says given the dramatic influence it has on Wall Street and the financial markets.
At the onset of the lithium bull run in December 2015, Goldman Sachs called lithium “the new gasoline.” Had you invested in lithium back then, you would have profited extremely well. For example, when you compare the Global X Lithium ETF (ARCA:LIT) with the S&P 500 (INDEXSP:.INX) and the Dow Jones Industrial Average (INDEXDJX:.DJI), LIT is up 100 percent since that time, whereas the Dow Jones is up 31 percent and S&P 500 is up 23 percent (see chart below). Albemarle (NYSE:ALB) and SQM (NYSE:SQM), the two largest lithium producers, are up 193 percent and 282 percent, respectively.

As of late, Goldman Sachs has made a number of really interesting predictions and analyses. Here are three of our favorite from over the last few months:

In a note from October 19, Goldman Sachs said that current lithium production is “way below the level required to meet battery demand.” This makes sense since as the firm noted, lithium prices have risen dramatically and continue to increase currently. Furthermore, the electric vehicle industry has, according to many, reached a tipping point this year. It seems that there are announcements of new electric vehicles coming to the market on a weekly basis.
Looking ahead, Goldman Sachs, like our most recent supply analysis, predicts that supply should start ramping up beginning in 2019, and that the “lithium squeeze” might be over by the early 2020s. This is important to keep in mind and watch closely for when considering which lithium stocks to invest in.

In the same note, Goldman stated that “range anxiety” — “the fear that a car’s battery will run out before reaching the nearest charging point” — is overdone. Lithium investments are booming now since lithium is required for all lithium-ion batteries, which are used for the rapidly increasing electric vehicle industry. The great challenge to increasing electric vehicle demand has often been consumers’ range anxiety. If this is in fact “overplayed” and not as much of a concern anymore, it could reflect an overall change in consumers’ perceptions toward electric vehicles. This could translate towards a greater-than-expected adoption of electric vehicles leading to a further increase in lithium demand.

In the past third-quarter earnings calls for FMC (NYSE:FMC) and Albemarle, Goldman Sachs analysts repeatedly asked executives from each company about differences in price captured between lithium carbonate and lithium hydroxide. In our opinion, Goldman Sachs was probing and trying to confirm a prior belief of it has surrounding lithium hydroxide. We at The Lithium Spot have been monitoring the market closely, and have repeatedly heard that hydroxide is much more important to battery manufacturers, and is thus where the major lithium growth is currently. As such, it would make sense that there might be a greater imbalance in the lithium hydroxide market than there is in the lithium carbonate market. We believe that Goldman Sachs knows that this imbalance would more likely happen in the hydroxide market and should mean greater prices for companies increasingly in the hydroxide production space.
If this is true regarding the imbalance in the hydroxide market, and we believe it is, it would mean that investors should favor companies that produce more hydroxide or are increasingly important to the hydroxide supply chain. Given that this space continues to evolve and these dynamics are still unfolding, we will be keeping a close eye on this imbalance and will continue to bring our thoughts to our readers!

By Shrey Patel and Jonah Raskas of The Lithium Spot

About the authors — Jonah’s passion for the Lithium space is fueled around Market Research, valuation and of course, making some smart investments! His passion for Market Research started out early on his career when he worked in the White House’s SpeechWriting office. There, Jonah was tasked with researching for the President’s and Vice President’s speeches on a diverse set of topics ranging from Defense to Agriculture to Policy Announcements. Following that, Jonah’s career took a turn to Wall Street where he worked for two separate investments banks. It was there that he worked on the capital markets desk getting an up close sense of valuation and the market. He worked on many different offerings ranging from IPO’s to Secondary offerings as well as in depth analysis on a wide range of companies. Most recently, Jonah’s core strength of market research has helped him earn widespread praise from a variety of consulting and MBA internship opportunities. Having just completed his MBA at the Gabelli School of Business (summa cum laude) in Marketing & Accounting, Market Research is again at a focal point for his job in Brand Management for a Fortune 500 company.

Shrey’s interest in Lithium began when he was asked to cover the space during his time on the specialty chemicals team at GAMCO Investors. Interning for a well-respected analyst, and a famed value investor, he learned a tremendous amount while researching and writing an in-depth industry report on the rapidly emerging Lithium sector, and covering Albemarle Corporation. With an undergraduate background in Biomedical Engineering and Economics from UNC (University of National Champions!), and an MBA in Finance and Accounting from the Gabelli School of Business, Shrey approaches the industry from both a technical as well as a business perspective. This background also affords him the ability to get into the nitty-gritty fundamentals while maintaining a perspective on the broader, global interconnections of the industry and economy. Through his time on both the buy and the sell-sides, as well as his experience managing capital raised from friends and family, Shrey brings tremendous research and investing insight to the table.