Tesla Motors dominated graphite headlines for much of 2014, and according to analyst Simon Moores, 2015 is likely to bring more of the same. Read on for a look back at the graphite market in 2014 and an overview of what to expect next year. 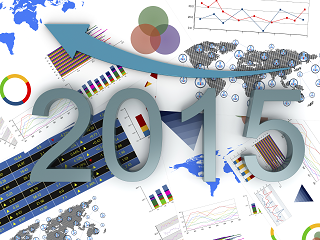 For our 2016 graphite outlook, please see: Graphite Outlook 2016: Megafactory Deals on the Horizon?

The graphite space has many players and is known for being competitive, but if there’s one thing market participants can likely agree on it’s that 2014 was the year of Tesla Motors (NASDAQ:TSLA).

The Elon Musk-led electric-car maker burst onto the scene in February with the announcement that it plans to build a $5-billion lithium-ion battery gigafactory. Industrial Minerals’ prediction that it could boost natural graphite demand by 37 percent by 2020 immediately put those in the graphite industry on the alert.

Since then, Tesla has moved forward rapidly. It announced the location of the gigafactory — Nevada — in September, and at the end of November Simon Moores of Benchmark Mineral Intelligence revealed that construction of the gigafactory is “up to one year ahead of schedule as preparation for the site continued in Q4 2014 at an accelerated pace.” He also said “agreements with mineral and metal companies” — in other words, companies that will provide the graphite, lithium and cobalt the gigafactory will require — will be announced in 2015, though likely not until the end of the year.

But while the gigafactory was certainly the centerpiece of the graphite market in 2014, other events made waves as well. Let’s take a quick look at a few of them before moving on to what’s in store for 2015.

Although there were a lot of big announcements in 2014, the year wasn’t actually particularly exciting in terms of supply, demand and prices. Moores explained, “2014 was slower than expected, certainly the second half of the year.” And though “a form of recovery was seen with more volumes being shipped and sold in general … it could not constitute a rebound.”

Encouragingly, Moores expects more activity in 2015 than was seen in both 2013 and 2014. “I expect steel refractories to grow at a slow rate, but batteries to emerge in a bigger way,” he said, but noted, “prices will depend on actual supply and demand and whether buyers will begin to panic over [the] pending [megafactory-related] shortage.” That said, market participants can expect China’s graphite clean up to have more of an effect in 2015. “The impact so far has been minimal because demand is so low, but it is giving more impetus to new sources outside of China,” Moores commented.

Meanwhile, he sees the junior/development market starting to emerge. “The industry needs new mines — nearly everyone, regardless of what company they represent, would agree with that,” he said. And while “the industry believes many public graphite companies are overvalued … they will need new supply. So it will be interesting to see when this reaches breaking point.”

Stephen Riddle: What Investors Really Need to Know About Graphite

2 responses to “Graphite Outlook 2015: Tesla and LG Chem to be ‘Catalysts for Everything’”