Flinders said Thursday that it has terminated its agreement to acquire Big North, citing Big North’s failure “to satisfy the due diligence process” as its reason for doing so. Nevertheless, Spiro Kletas, Big North’s president, CEO and director, doesn’t seem shaken. 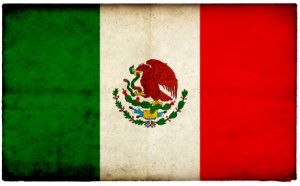 When Flinders Resources (TSXV:FDR) announced plans to acquire Big North Graphite (TSXV:NRT) back in September, graphite market participants lauded the move, with many noting that it could mark the first step towards consolidation in the space.

Now, however, those hopes have been dashed. Flinders said Thursday that it has terminated its agreement with Big North, citing Big North’s failure “to satisfy the due diligence process” as its reason for doing so.

In a call with Graphite Investing News (GIN), Jim Powell, who runs investor relations at Flinders, was unable to elaborate further.

Those following Flinders and Big North may not have been overly surprised that the acquisition fell through. After all, the companies were originally scheduled to enter a definitive agreement regarding the acquisition on October 27, 2014, but did not as a result of repeated extensions of the due diligence period.

That said, some shareholders have definitely taken the news hard — Big North’s share price was down 50 percent, at $0.015, at close of day Thursday.

Nevertheless, Spiro Kletas, the company’s president, CEO and director, doesn’t seem shaken. ”The transaction didn’t close, however, we’re still excited about the company, and specifically about the El Tejon project. We believe that we have a fantastic project, and we believe it can be the next producing flake graphite mine out there,” he told GIN.

Located in Mexico, the El Tejon flake graphite mine and mill was built in 1980 and operated until 2002, when low graphite prices led to its closure. The last resource estimate for the project was completed in 1990.

Kletas has a number of reasons for being optimistic about it. “The facts are Tetra Tech believes that we can get this project up and running for US$2.25 to $5 million, which would make it the lowest capital expenditure project, to the best of my knowledge, out there. It doesn’t change the fact that we have a past-producing mine in Mexico that operated for 22, 23 years,” he said.

Kletas emphasized that Big North will continue to move forward with El Tejon, noting, “we intend to move the project and the company forward as quickly as possible.” Plans will be announced as they are finalized.

For his part, Way said, “[w]e will continue to look for the correct asset to add to our company to grow the business beyond the European market.” The Sweden-based Woxna graphite mine, a past producer that Flinders brought back into production in July 2014, will also no doubt remain a focus. The company’s share price was sitting at $0.50 at close of day Thursday, up 16.28 percent.

5 Top Copper Reserves by Country
Top Copper Production by Country
What Was the Highest Price for Silver?
Top Silver-producing Countries