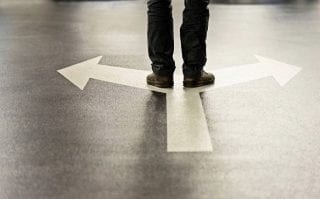 International miners have asked the Democratic Republic of Congo to introduce a sliding scale for royalty rates as an alternative to a windfall tax.

Top cobalt producer Glencore (LSE:GLEN) together with other international miners has asked the Democratic Republic of Congo (DRC) to introduce a sliding scale for royalty rates on key commodities as an alternative to a windfall tax.

The international mining companies said they believed this mechanism would be more effective than the new tax, as it would move in line with current prices, giving the government a higher share of revenues than what is provided in the new code.

In March, President Joseph Kabila signed into law the new legislation which increases taxes and royalties on miners. In fact, it will allow the country to increase royalties for cobalt from 2 percent to 10 percent, if the metal is categorized as “strategic substance.” It would also create a 50-percent “super-profits” tax if commodities prices rise faster than expected.

Demand for cobalt, a key element in lithium-ion batteries used to power electric cars, is expected to surge in the coming decades. The DRC is the world’s top cobalt-producing country and many analysts believe output from the country will continue to be critical in the years to come.

The African country introduced the new code to replace a 2002 mining law, which included a clause protecting miners for 10 years if any changes were made. But the new revised code says the measures will be enacted immediately.

The statement from the international companies, which include Ivanhoe Mines (TSX:IVN), Randgold (LSE:RRS), China Molybdenum (HKEX:3993) and AngloGold Ashanti (JSE:ANG), says their proposal addresses the 10-year clause, state guarantees and mining conventions, without providing any details.

The miners said their proposals were “designed to address concerns about the recently revised mining code as well as the government’s revenue needs”.

It said it accepted 76 percent of the articles in the new code and suggested changes to the rest “only to ensure the effectiveness and legality of the code”.

Despite this, the mines minister and the prime minister have previously said the government would not accept any changes to the new code. But Kabila assured companies their concerns would be discussed in follow-up negotiations, which started last week.