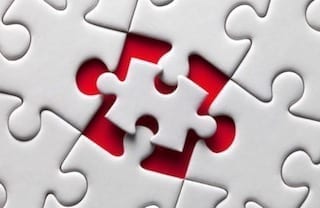 Cobalt prices have been surging on the back of a strong demand outlook and supply worries, but this major producer doesn’t see a tight market yet.

Russia’s Norilsk Nickel (MCX:GMKN) believes demand for cobalt, a key element in the lithium-ion batteries used to power electric cars, has not yet translated into a tighter market.
Nornickel, the world’s second-largest nickel and top palladium producer, also produces about 5,000 tonnes of cobalt a year as a by-product. Prices for cobalt have been increasing since the beginning of 2017 on the back of a strong demand outlook.
“The price is higher but there is no tense situation with cobalt supply now,” Anton Berlin, Nornickel’s head of strategic marketing, told Reuters on Monday (October 30).


Give me my free report!
“Everyone is looking into the future, looking at the charts of future demand for electric cars and when they start to transform them into cobalt, they see gold mines. But it is a vision of the future,” he added.
Berlin is not the only expert who thinks that. Benchmark Mineral Intelligence analyst Caspar Rawles has also said he doesn’t expect the cobalt market to be really tight until the beginning of the next decade.
“I still believe the critical point [for the cobalt market] will be in 2020, when the majority of the electric vehicles are going to come to market,” Rawles told the Investing News Network.
Lithium-ion battery demand is expected to reach 750 GWh by 2026, and despite comments from market participants like Berlin and Rawles, automakers are particularly concerned about cobalt supply. Most cobalt is mined as a by-product of nickel and copper, and more than 60 percent comes from the politically unstable Democratic Republic of Congo.
In September, German automaker Volkswagen (ETR:VOW3) said it was seeking new global contracts to source $60 billion worth of electric car content. Most recently, Pilbara Minerals (ASX:PLS) signed an offtake deal with Great Wall Motors (HKEX:2333) for lithium, another key battery metal.
Many analysts, including Chris Berry of House Mountain Partners and the Disruptive Discoveries Journal, expect this type of deal to become more common in the near future.

For its part, Nornickel said earlier this year that it was in talks to supply raw materials needed for making lithium-ion batteries in Europe to German chemicals firm BASF (ETR:BASF).

“We have signed the memorandum of understanding and so far we have nothing to add to our previous public comment. But this is a significant trend because the issue of batteries and electric cars became super popular,” Berlin told Reuters.
Nornickel sells its cobalt under one-year contracts and is currently in talks to sign them for next year.

Don’t forget to follow @INN_Resource for real-time news updates!
Securities Disclosure: I, Priscila Barrera, hold no direct investment interest in any company mentioned in this article.