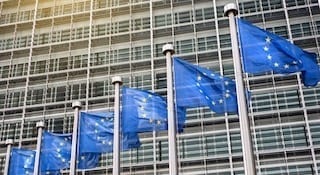 The European Commission has proposed stricter carbon emissions targets for car manufacturers and plans to boost development of electric cars in the region.

European Union regulators are seeking stricter carbon emissions targets for car manufacturers.
The move is expected to boost electric car sales and demand for cobalt, a key component in the lithium-ion batteries used to power these vehicles.
On Wednesday (November 8), the Commission outlined plans to cut greenhouse gas emissions from cars by 30 percent by 2030 as part of the fight against global warming. The plan includes a carbon credits system, potential fines and incentives for car manufacturers to shift to electric vehicles (EVs).


Give me my free report!
The proposed legislation is aimed at encouraging the European auto industry to develop EVs and keep up with other countries such as China, Japan and the US.
“The competition is here,” Commission Vice President Maros Sefcovic said, citing the use of Chinese EVs by Brussels taxi firms. “The car was invented in Europe and I believe it should be reinvented here.”
China is the current leader in the electric car space, and has set the goal of having electric and plug-in hybrid cars make up at least a fifth of its auto sales by 2025. The European Union doesn’t want to fall behind in the electric car race and is pushing for more regional development.
“There’s a component of trying to facilitate the development of a powerful car-manufacturing industry of electric vehicles,” Miguel Arias Canete, European Union climate and energy commissioner, told Bloomberg. “There will be a race for developing clean-energy vehicles. We are seeing that others are taking the global lead.”
The Commission also plans to invest 800 million euros in expanding and standardizing electric charging stations in Europe, and will dedicate 200 million euros for battery development.
The announcement is another win for cobalt, which as mentioned is an essential metal in lithium-ion batteries. As sales of electric cars surge in the coming decades, demand for this type of battery is expected to reach 750 GWh by 2026 from just 80 GWh this year.
According to Benchmark Mineral Intelligence, in order to meet this increasing demand, cobalt supply will need to reach 78,000 tonnes in 2021 from 48,000 tonnes last year. The firm expects that number to increase to 180,000 tonnes by 2026.
“I still see 2020 as the critical point in the cobalt market, in which we really see deficits that could be quite significant,” Benchmark Mineral Intelligence analyst Caspar Rawles recently said.
As demand continues to grow, Rawles also expects cobalt prices to increase. “Pressure is definitely upwards and as we move into 2018, demand is only going to continue to grow,” he added.
Don’t forget to follow us @INN_Resource for real-time news updates.
Securities Disclosure: I, Priscila Barrera, hold no direct investment interest in any company mentioned in this article.