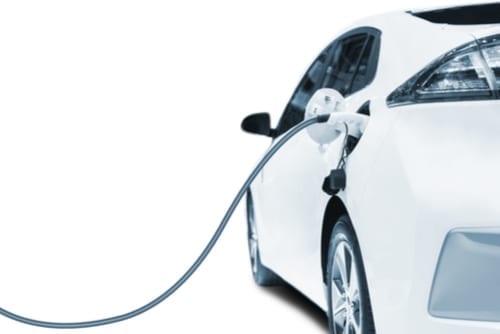 As the world begins to shift away from non-replenishable energy and toward renewable sources, investors are following suit accordingly.

The electric vehicle (EV) revolution is a key part of this change, and many market watchers are interested in the battery metals that are making it possible. While lithium and cobalt are currently getting the most attention, battery raw materials like graphite, vanadium and manganese are also rising in popularity.

Read on for a quick go-to guide on battery metals.

This article continues below the Battery Metals Investing Table of Contents.

The articles listed below provide an overview of investing in battery metals from Battery Metals Investing News.

A silver-white metal, lithium is the lightest metal and the least-dense solid element. It has skyrocketed in popularity in recent years due to its role in lithium-ion batteries, which are used in major electronic devices like cell phones, laptops and of course electric vehicles.

Despite being difficult to follow in terms of pricing, interest in lithium has been steadily picking up. Experts in the space have highlighted the automotive sector as a major driving force for demand as the EV movement continues to propel forward.

Automakers are expected to continue to look for ways to lock down long-term supply of lithium and other key materials used in EV batteries while investment in the sector continues to be key to ensure global output can keep up with expected demand in the near future.

China is a rising force in lithium production, and outside the major producers smaller exploration companies have been coming forward to attempt to meet demand. Dominant names in the lithium space outside the Asian country include mining companies Sociedad Química y Minera (NYSE:SQM) and Albemarle (NYSE:ALB).

Cobalt, which is mostly mined as a by-product of copper and nickel, has also risen in popularity lately due to its role in lithium-ion batteries. Aside from that use, this hard, silver-gray metal is used in alloys for jet engines and turbines along with magnetic steels.

While cobalt prices have stumbled since surging in 2017, many experts agree that demand remains strong. In fact, analysts at Benchmark Mineral Intelligence forecast that demand for the metal could increase four times in the next decade. Even so, issues related to the security of the metal’s supply chain and a lack of investment in the sector continue to be main concerns in the space.

The biggest contributor to cobalt supply is the Democratic Republic of Congo (DRC). It houses an area known as the Copperbelt that holds one-third of global cobalt reserves. 2018 saw the DRC produce 90,000 metric tons (MT) of cobalt, with Russia following in second with 5,900 MT; Cuba and Australia took the third and fourth spots, respectively.

A native element mineral that’s both a form of coal and the most stable form of carbon, graphite is known to be a dry lubricant. As the only non-metal element that’s a good conductor of electricity, it can be used in lithium-ion batteries, as well as in nuclear reactors and the refractory and steel industries.

Much like other battery raw materials, graphite pricing can be finicky since it’s not traded on an exchange. However, experts predict that demand for the commodity will be steady in the near future.

Recent news has backed up growing graphite demand, with producers such as Syrah Resources (ASX:SYR,OTC Pink:SYAAF) signing offtake agreements and memorandums of understanding for the commodity with buyers like construction groups and carbon material producers, many of which are located in China.

A silvery-gray transition metal, vanadium is mined as by-product of other metals and is found in deposits of siltstone, uraniferous sandstone, phosphate rock and titaniferous magnetite. It can also be found in bauxite, coal and crude oil.

The vast majority of vanadium produced is used as a steel additive, as vanadium-steel alloys are very tough. That said, vanadium is increasingly being used in vanadium redox flow batteries, which are contributing to the reusable energy movement.

While the large size of vanadium redox batteries makes them a better fit for industrial use, they come with the perk of not degrading for at least 20 years. Click here, here and here to read our three part series on vanadium mining and the potential for vanadium redox flow batteries in energy storage.

In 2018, China took the top spot as the world’s biggest vanadium producer at 40,000 MT, with Russia and South Africa coming in second and third at production rates of 18,000 MT and 9,100 MT, respectively.

A brittle, hard, gray-white metal, manganese has a similar appearance to iron and can be used in the production of several items, including dry cell batteries, aluminum cans and even fungicides and pesticides. Overall, the International Manganese Institute states that around 90 percent of global manganese output is used for the production of steel and cast iron.

Manganese also contributes to — you guessed it — lithium-ion battery chemistries, such as lithium-manganese oxide batteries. As such, hopes are high that demand for the commodity will rise in line with others that contribute to new energy sources.

This is an updated version of an article first published by the Investing News Network in 2018.