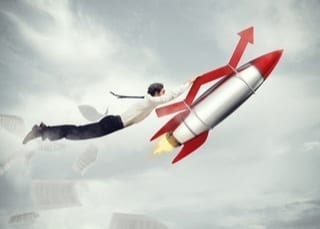 Zinc kicked off the new year in style by hitting a fresh 10-year high.
Benchmark LME zinc rose as high as $3,352 per tonne on Tuesday (January 2) before ending the day up 0.9 percent, at $3,349. According to Reuters, that’s the base metal‘s highest level since August 2007.
“Demand growth is decent, but not spectacular from a historical perspective, which tells me this is once again a supply side issue,” said Bernstein analyst Paul Gait.
Supply-side issues also drove zinc in 2017. Prices crossed the $3,000 mark during the summer and ultimately surged nearly 30 percent over the course of the year. Falling stockpiles and lower mine supply both played a role in keeping the market undersupplied during that time.


Give me my free report!
The key question now for market watchers is whether prices will continue to rise in 2018.
So far, experts seem to be calling for more stability this year. For instance, while Reuters notes that zinc stockpiles in LME-approved warehouses are currently down 70 percent since September 2015, sitting at just 180,975 tonnes, new mine supply is seen boosting supply.
CRU Group analysts expect around 775,000 tonnes of new zinc mine supply to come onstream next year, with MMG’s (HKEX:1208) Dugald River mine and Vedanta’s (LSE:VED) Gamsberg mine being notable contributors to production.
East Siberian Metals’ Ozernoye field project and Mehdiabad mine are also expected to bring new production to market between 2018 and 2022. What’s more, major miner Glencore (LSE:GLEN) recently announced plans to gradually bring some output back online after making cuts in 2015.
All in all, CRU Group sees stockpiles continuing to be drawn down quickly in the first half of 2018, then slowing in the latter half of the year.
For his part, Gait believes that higher zinc prices could spur investment in the sector and lead to increased mine supply. “We could see a further price acceleration in the short term, but current levels should generate sufficient capital inflows to generate new supply to meet demand,” he said.
Firms polled recently by FocusEconomics estimate that the average zinc price for 2018 will be $3,009. The most bullish forecast for the year comes from TD Economics, which is calling for a price of $3,362; Danske Bank (CPH:DANSKE) is the most bearish with a forecast of $2,650.
Don’t forget to follow us @INN_Resource for real-time updates!
Securities Disclosure: I, Charlotte McLeod, hold no direct investment interest in any company mentioned in this article.