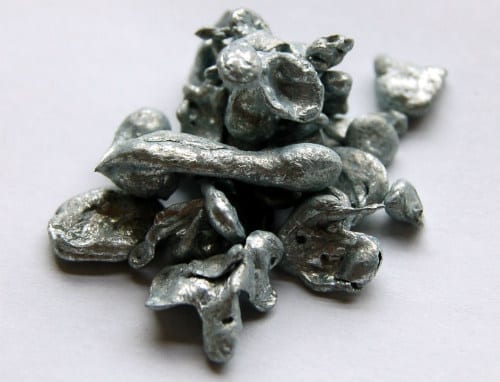 Earlier this year, analysts at Wood Mackenzie shared their thoughts on five factors that could impact the zinc market in 2018. We take a look at what’s happened since then.

In 2018, the base metal kicked off at a decade high; however, not long after that zinc prices began to trend downward quite steeply — as of late August the metal was at about the $2,400-per-tonne mark.

In 2017, China imposed tough environmental regulations to fight pollution, causing mines and smelters to shut down. At the start of the year, Wood Mackenzie suggested this would continue, commenting, “[t]he Chinese authorities are expected to maintain their strict stance on the environment in 2018.”

The analysts also commented, “[i]t seems unlikely that many mines will have the immediate funds to invest in complying with environmental regulations and there is little chance of them returning to production in 2018 despite the high lead and zinc prices.” With zinc prices now lower, it seems even less likely that these Chinese mines will come back online in 2018. That said, the analysts noted that opportunistic investors might step in to provide funds for environmental upgrades — with a few more months left in the year, there is still a chance for that.

China’s zinc smelters have also face environmental pressures in 2018 — residues produced by the smelting process are now being classified as hazardous waste by the government, and are subject to an environmental tax. “A key risk for 2018 is whether these smelters will run into residue storage capacity constraints and be forced to reduce output,” the Wood Mackenzie analysts explained. As of August, there has been little news to indicate whether this has taken place.

2. New mine supply and low stocks

“However, the extremely strong growth in mine supply in 2017 and 2018 is insufficient to replenish global stocks of concentrate which are forecast to remain at critically low levels,” the analysts said.

As a result, they predicted that this year would feature very low stocks of zinc concentrate. “[That] will leave the market very sensitive to any unforeseen production disruptions over and above the 4 percent typically seen,” the analysts also noted in the document.

Thus far, zinc oversupply, not undersupply, has driven the market in 2018. According to the International Lead and Zinc Study Group, world zinc mine production fell 2.4 percent year-on-year in the first half of 2018, mainly due to reduced output in Australia, China and India. However, refined zinc metal output rose by 2.1 percent and global refined zinc metal usage dropped a moderate 0.6 percent.

By June, those dynamics had made the base metal the worst-performing metal on the London Metal Exchange and pushed it into a bear market.

Another key factor identified by Wood Mackenzie at the start of the year was whether smelters in China would be able to increase utilization rates to meet growth in zinc demand.

The analysts said there would be enough mine supply to allow the world’s zinc smelters to boost output by 6.5 percent, with Chinese smelters increasing utilization rates by 7 percent and smelters elsewhere raising their utilization rates by 5 percent. “If smelters are not successful in increasing output in 2018, the more significant consequence would be a larger deficit in the refined market and the consequent upside risk to the price,” they added.

Fast forward to June, and China’s smelters had announced a plan to cut zinc output by 10 percent. Some also extended their care and maintenance programs. These were reportedly defense measures due to low zinc prices, which have reduced margins to unprofitable levels.

At the beginning of 2018, Wood Mackenzie suggested that higher zinc prices might lead end users to substitute the metal in some applications. They suggested that die-casting alloys would likely be the first application to see substitution.

“The sector accounts for approximately 13% of fist-use consumption and has been in long-term decline. High prices are likely to accelerate this process with zinc alloys potentially being substituted by zinc-foams, which can deliver many of the characteristics of traditional alloys but contain less zinc,” they said.

As of August, prices and demand for zinc are both low. While the motivation for thrifting and substitution may still be there, it’s unlikely we’ll the market truly disrupted by this in 2018.

With all the factors mentioned above in mind, Wood Mackenzie believed at the time it released its report that the zinc concentrate market would tighten in 2018. The analysts stated, “[t]he assumption is that developments in metal stocks and price will be coincidental with refined metal stocks falling below the critically low-level equivalent to 40 days of global consumption at the end of Q2.” Their prediction was for zinc prices to reach $4,000 in Q3.

The analysts could not have foreseen this year’s ongoing trade war — despite their thorough analysis, it seems this event threw off their expectations significantly. At this point it seems unlikely that zinc will reach $4,000 as 2018 continues. But what do you think of zinc prices? Will they recover in 2018?

This is an updated version of an article originally published by the Investing News Network in January 2018.