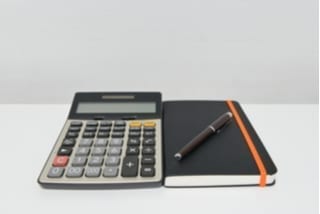 Zinc’s seemingly unstoppable price rise continued this week as the base metal hit $3,400 per tonne, its highest level since August 2007.

Zinc prices continued to thrive this week, spurred higher by declining inventories and a lack of new mine supply.
The base metal reached $3,400 per tonne, its highest point since August 2007, on Tuesday (January 9) after nearing $3,350 earlier in the month.
Prices crossed the $3,000 mark last summer, and ultimately surged nearly 30 percent over the course of 2017. While many experts are calling for a more balanced market this year, it is expected to take some time for that balance to emerge.


Give me my free report!
“Prices will stay elevated because we have a market deficit that requires inventory drawdown,” Societe Generale (EPA:GLE) analyst Robin Bhar told Reuters on Tuesday.
“New supply and demand destruction due to zinc substitution will eventually rebalance the market, but that could take months, if not years,” he added, noting that new supply from small mines in Canada and Australia will not be enough to even out the current supply/demand imbalance.
According to a Scotiabank report released this week, LME zinc inventories currently stand at 180,175 tonnes, which is about a 10-year low. Meanwhile, global zinc stocks are at 419,000 tonnes, up 3.5 percent since the start of 2018, but down 44.7 percent year-to-date. 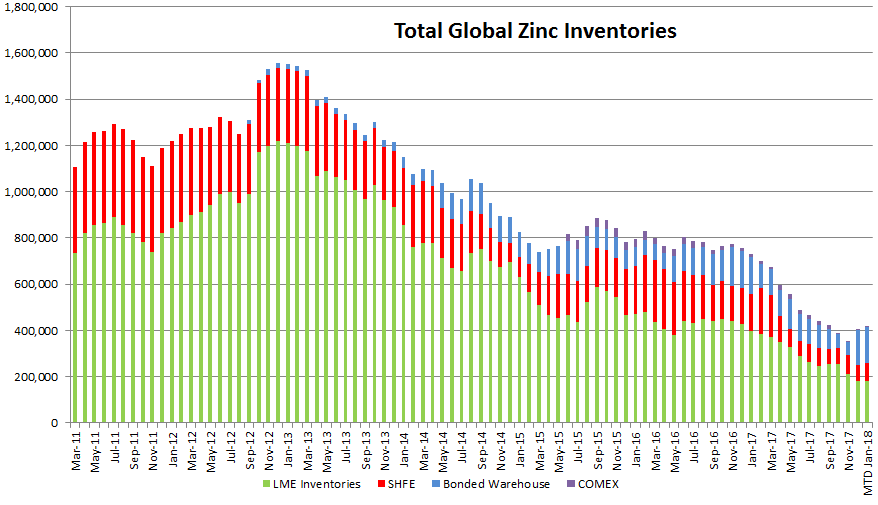 Global zinc inventories from March 2011 to January 2018. Chart via Scotiabank.

It’s worth noting that if zinc prices continue to rise, demand for the metal could eventually fall due to substitution. In an article published this week, American Metal Market notes that if substitution occurs it will most likely happen in the alloys sector.
“If zinc prices surge to above $3,500 per tonne, we will see a drop in consumption,” the news outlet quotes an unnamed executive at a major zinc producer as saying. “If there’s an opportunity created by the zinc price being too expensive, people will just go for other materials. And they are not coming back.”
For now, however, zinc’s future remains bright. Firms polled recently by FocusEconomics estimate that the average zinc price for 2018 will be $3,009. The most bullish forecast for the year comes from TD Economics, which is calling for a price of $3,362; Danske Bank (CPH:DANSKE) is the most bearish with a forecast of $2,650.
Don’t forget to follow us @INN_Resource for real-time updates!
Securities Disclosure: I, Charlotte McLeod, hold no direct investment interest in any company mentioned in this article.