If you are like many people, the last time you read about commodities in the news was when Bre-X Minerals collapsed in 1997, after news broke that the company had falsified results and the gold they had reported was nowhere to be found.
Thousands of investors all over the world lost billions of dollars and the […] 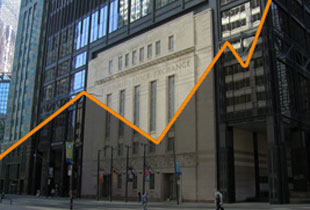 If you are like many people, the last time you read about commodities in the news was when Bre-X Minerals collapsed in 1997, after news broke that the company had falsified results and the gold they had reported was nowhere to be found.

Thousands of investors all over the world lost billions of dollars and the entire junior mining market was painted with that same brush. Stories of past failures were relived and every junior mining company, legitimate or not, was forced to survive without new financing. Many juniors didn’t make it. Much of the financing capability that existed in the junior mining market went onto the greener pastures of junior tech companies just gaining momentum opposite the Internet’s rising popularity.

As a result, very little money was invested in exploration for new mining projects. Commodity prices were low, making a bad situation for explorers even worse. This drought in financing was to last almost a decade, but that didn’t stop the growth of economies in developing countries. Many of those—such as China, India, Brazil, and Russia—have now emerged as economic powerhouses hungry for commodities like never before. Many people see these factors resulting in a long period of demand for new mining projects that are primarily identified by junior resource companies.

Another outcome from the Bre-X scandal was a modernization of the junior exploration industry from a regulatory perspective. The Canadian Securities Administrators (CSA), a forum for the 13 securities regulators of Canada’s provinces and territories to coordinate regulation of the Canadian capital markets, created guidelines for how companies disclose scientific and technical information about what the find when exploring for minerals. Reports not only need to meet these guidelines before being published, but the findings need to be vetted by external, independent organizations who guarantee the reports are real. Guidelines exist for everything a company says about its findings, whether the information is being disclosed in press releases, web sites, advertisements, or via word of mouth.

So, are junior resource companies now safe investments? Many investment advisors would say no. Much like early stage technology companies or pharmaceutical companies, the junior resource company is based around an idea which may or may not become economically feasible when developed. Success of a mine will depend on whether the minerals in the ground can be sold for more than their cost of extraction and shipping to potential buyers. Not only does this depend on the cost of setting up a mine and processing the ore, but also on the market price for the commodity being sold and proximity to the market it’s being sold in. Like so many entrepreneurial situations, myriad things can go wrong.

But the opportunities are also significant. Digging gold out of the ground is something that captures the imagination of many people from a very early age. Significant portions of the economies of countries like Canada, Australia, South Africa, and others are derived from mining.

So as with most investments there are risks and rewards, often in lock-step. Many investors hire experts to manage their money rather than doing the investigation required to increase the chances for success. But to those who decide to go the extra mile and investigate in hopes of finding the next great company: rest assured the mining industry has progressed to the point where regulations and controls mean the information you’re presented with has been reviewed by experts in the field who stake their reputation on its accuracy.