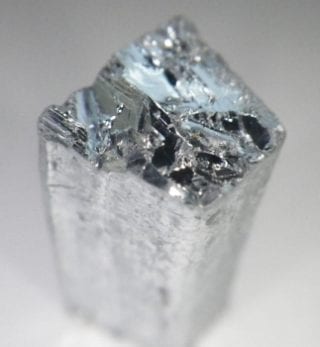 Andrew Thomas, senior analyst – zinc markets, at Wood Mackenzie, says the metal’s price should reach $3,200 this year and $4,000 next year.

The zinc price soared in 2016, and many experts are predicting that 2017 will bring more of the same. Andrew Thomas, senior analyst – zinc markets, at Wood Mackenzie, is one such expert.
“It’s become very difficult to derail the zinc story,” he said last week at this year’s Prospectors and Developers Association of Canada (PDAC) conference. “A recession would do it, possibly,” he added, “but it would delay it rather than wholly derail it.”
According to Thomas, zinc’s positive 2017 outlook is based on both supply- and demand-side factors. Glencore’s (LSE:GLEN) production cut last year took some material offline, and while China remains a major zinc producer, its output grew by only 0.2 percent last year. Meanwhile, global zinc demand should grow 2.4 percent over the next few years.
Wood Mackenzie is calling for an average zinc price of $3,200 per tonne in 2017, and it sees the metal hitting $4,000 midway through next year.
Listen to the full interview above, or read the transcript below.

INN: Experts have been calling for a zinc price rise for several years, and last year there was finally a rally. What changed?

INN: Is there anything that could bump zinc off the upward price trend it’s on right now? I know there’s some concern that China could increase production, but is that really possible or likely?

AT: I think it has become very difficult to derail the zinc story. A recession would do it, possibly, but it would delay it rather than wholly derail it. I think Chinese mine production has historically been a big risk, but given that Chinese mine production only grew by 0.2 percent last year, the 6 percent growth that we need this year is quite ambitious as it is.

INN: What about zinc stockpiles? They’ve certainly fallen, but they’ve by no means been eliminated. How long before we really start seeing declines there?

AT: I think it’s probably not until around the middle of this year that we’d expect to see stockpiles really become depleted. We’ve still got a few months yet.

INN: We’ve talked pretty extensively about zinc supply, but what about demand? As supply contracts is zinc demand still going to be increasing?

AT: I think generally the outlook for zinc demand is pretty positive. Obviously China is the main driver of demand, and we’re forecasting growth of about 3.5 percent there. But the rest of the world is doing okay as well, so we’re looking for global growth of about 2.4 percent over the next few years. That compares to the historic long-run average of about 3 percent. So a bit softer, but still pretty robust.

INN: In your talk, you mentioned demand in India growing as well. What’s driving growth there?

AT: It’s a mixture of things. It’s industrialization, the promise of [Prime Minister Narendra] Modi’s infrastructure projects starting to get underway, and it’s the general growing middle class there — so you basically see an increased demand for automobiles and this sort of thing.

INN: Finally, what is your zinc price prediction for 2017?

INN: Moving into the future?

AT: We’ll probably see the price hitting close to $4,000 a tonne around the middle of next year.