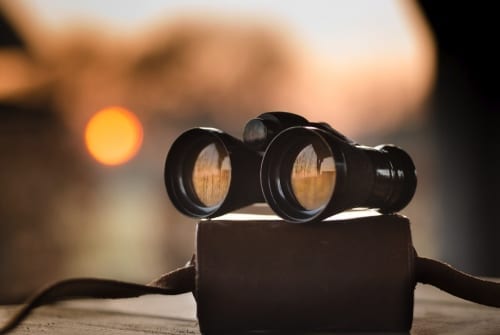 Indonesia has now officially announced a nickel ore export ban that will come into effect in 2020 — what’s ahead for the base metal?

Over the last little while, nickel has been the talk of the town. Pricing surged over the summer months on the back of electric vehicle optimism and speculation surrounding Indonesia bumping up a planned nickel ore export ban.

As of early this week, the ban became a reality when Indonesia’s Ministry of Energy and Mineral Resources officially announced the ban will go into effect on January 1, 2020, ahead of the originally planned January 2022 date. Nickel prices immediately jumped on supply concerns as Indonesia is the world’s largest producer of the commodity.

Unsurprisingly, experts from around the space have begun to weigh in on what all of this means for the future of nickel pricing and supply.

To give a proper idea of why Indonesia’s fresh announcement is shaking things up, it’s important to understand the steps that led to this place. In 2014, the country banned the export of unprocessed minerals in an attempt to push miners into processing domestically.

However, by 2017 the country had relaxed the ban and was allowing sales of surplus ore containing less than 1.7 percent nickel. It is believed that the ban was eased partly due to a dent in revenues, which, according to Reuters, were US$17.6 billion lower than targeted in 2016.

Despite the break, Indonesia had planned to reinstate the ban by 2022 to continue its efforts towards having miners build local smelters and process ore within the country.

Fast forward to the summer of 2019, and rumors had begun to swirl that Indonesia was planning to move the ban ahead to 2020.

The news, which broke around August 7, sent nickel prices skyrocketing from US$14,735 per tonne on the London Metal Exchange to US$15,490 in a single day of trading. This marked the commodity’s biggest one day climb in London since 2009. 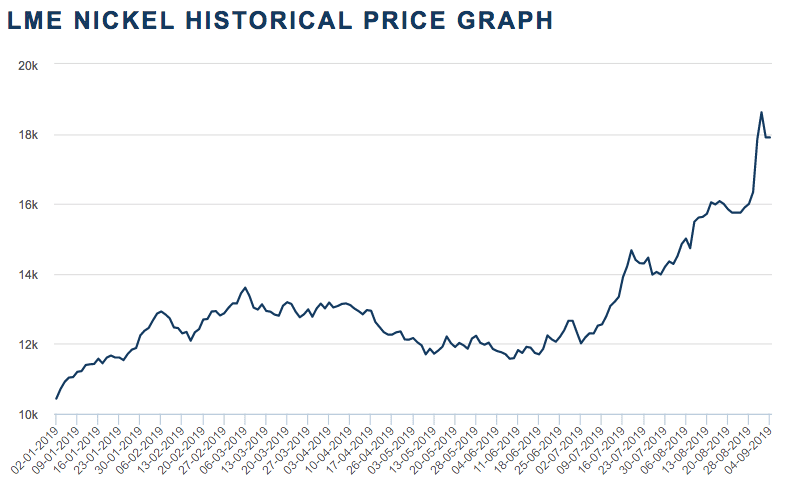 “Indonesia and the Philippines have been hotbeds for nickel news for awhile, and with good reason as they collectively make up a major portion of the world’s supply,” Brian Leni, founder of Junior Stock Review, told the Investing News Network (INN) prior to the ban’s formal announcement.

“At the moment, Indonesia has had arguably the largest impact on the nickel price with talk of a nickel export ban.”

With the ban now in motion, analysts and investors alike have had to shift their mentality from speculative to observational. While the various pieces of the puzzle could still move, experts have weighed in on what the ban means for now.

A fresh report from Wood Mackenzie explains that it’s unlikely 2019 nickel production will be impacted by the ban. However, the firm raised concerns about the future of global supply.

“For 2021 we do not believe that the loss of 190,000 tonnes of production can be offset by increases in output elsewhere. From 2022 onwards, our view is that the bulk of the lost output could be offset by increased output in Indonesia assuming funds can be secured for the planned expansions.”

Indonesia is currently working to have 36 domestic nickel smelters by 2022, which would create a total ore processing capacity of 81 million tonnes annually.

On the production side of things, China’s Tsingshan Holding Group — the world’s largest stainless steel producer — had plans to begin annual production of 50,000 tonnes of battery-grade nickel at its Indonesia Morowali Industrial Park operation by the end of 2019.

As the electric vehicle revolution continues onwards, Indonesia has been looking to capitalize on nickel’s strong presence in the country. Reports surfaced earlier this year that Indonesian officials anticipated that nickel-related derivatives would surpass Indonesia’s palm oil industry; bear in mind, palm oil is the country’s second largest export.

In a conversation with Reuters, Indonesia’s Coordinating Minister for Maritime Affairs Luhut Pandjaitan said nickel-related export revenue is set to grow in the coming years.

What is ahead for prices?

Looking ahead, analysts at Goldman Sachs (NYSE:GS) reportedly estimate that nickel prices could surge as high as US$20,000 over the next three months due to the ban.

“The ban is meant to speed up the development of domestic smelting capacity. At the same time, Indonesia’s President Jokowi wants to develop a domestic electric vehicle industry and has cited availability of key raw materials, such as cobalt and nickel, as one of Indonesia’s key competitive advantages.”

Chiming in on pricing predictions was Ross Strachan, senior commodities economist at Capital Economics. In a note obtained by INN, he explained that the firm is skeptical that nickel’s price surge will last for a handful of reasons, including current prices incentivizing new projects.

“Overall, we expect nickel prices to slide to US$14,000 per tonne (US$12,000 previously) next year, from US$18,500 currently. Thereafter, prices should recover on the back of growing demand for nickel-intensive electric vehicle batteries.”

4 responses to “What’s on the Horizon for Nickel Prices?”