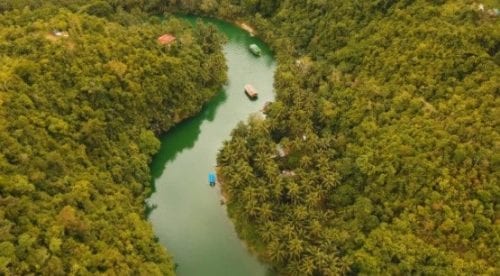 New regulations designed to encourage environmental rehabilitation in the Philippines could see nickel production in the country curbed.

New regulations designed to encourage environmental rehabilitation in the Philippines could see nickel production in the country curbed.

According to Reuters, the new regulations are contained in a draft government order that’s been reviewed by the media outlet and confirmed by senior officials.

The regulations are supposedly intended to limit environmental degradation, and aim to do so by capping the amount of land miners can operate on at any one time to 50 to 162 hectares, depending on project size and whether or not there is a processing plant on site.

The Philippines’ largest nickel miner, Nickel Asia (PSE:NIKL), has four sites operating across the country, each of which is well above the proposed 162-hectare limit, including Taganito in Northern Mindanao at 4,862.75 hectares and Rio Tuba in Southern Palawan at 990 hectares.

On Tuesday (April 24), Nickel Asia said that it was not updating its export plans for 2018 despite the government’s continued crackdown.

The company’s senior vice president for finance told Reuters that a 13-percent increase in nickel ore shipments, approximately 20 million tonnes, is still the target for 2018.

In 2017, the Philippines was the largest nickel supplier to resource-hungry China, but was overtaken in 2018 by Indonesia.

On Tuesday, Nickel Asia was down 5.29 percent on the Philippine Stock Exchange following the news.

Mining companies have also been directed to reforest any areas affected by their operations before they can open up any more land.

Outspoken Philippine president Rodrigo Duterte previously told miners to reforest lands they had operated on, threatening to revoke their mining permits if he didn’t see trees as tall as he is in six months.

In the same report, he was also quoted as considering banning open-pit mining entirely in 2019, a move that was taken by former environment minister Regina Lopez, and supported by her replacement.

Open-pit mining is currently allowed in the Philippines, but a ban on new mines remains in place.

Securities Disclosure: I, Scott Tibballs, hold no direct investment interest in any company mentioned in this article