Balmoral Resources’ share price has roughly doubled since May and has gained over 600 percent since December. Nickel Investing News spoke to CEO Darin Wagner to find out how that happened. 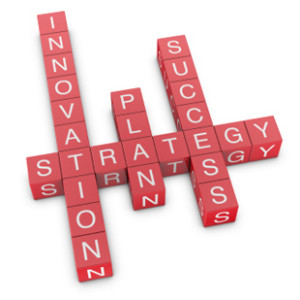 Investors may be familiar with Balmoral Resources (TSX:BAR), whose share price has roughly doubled since May and has gained over 600 percent since December. To help investors understand what’s happened at the company to account for that impressive gain, Nickel Investing News (NIN) spoke with Darin Wagner, president, CEO and director of the Quebec-focused company.

While much of Balmoral’s success is connected to its new nickel-PGE discovery in the Grasset Complex, there is definitely more to the story.

From Wagner’s point of view, the company’s success can be chalked up to a combination of focus, luck and an experienced management team. The seasoned explorer spoke candidly about Balmoral’s approach in Quebec’s Abitibi region, and noted the importance of “sticking to what you are good at” in order to succeed in the exploration and mining industry.

“I think first and foremost we’re explorationists at heart,” Wagner explained. “So whether it’s gold or whether it’s nickel or whether its other base metals, we’re always on the hunt for an opportunity that can create shareholder value.”

In terms of what’s different with Balmoral, the CEO outlined the company’s dual approach. “Two things that separate us a little bit in the current market are the fact that we actually have two high-grade discoveries — one on the gold side at Martiniere and a nickel-PGE discovery now at Grasset,” he said, adding, “and we’re able to finance, handle and be actively drilling on both.”

Wagner admitted that “in this market it’s difficult to catch investors’ attention,” but for Balmoral, “it’s that combination of the two elements that has really set the company apart. We’ve got a fairly lengthy track record that says that we’re a group that has good potential to extract value out of those discoveries.”

However, he’s the first to admit that Balmoral’s success was also helped by the market to some extent.

“The timing worked quite well to have both projects going. The gold market is in a little bit of a flat state, but the nickel market is quite hot at the moment, and the fact that the nickel discovery has come along into an energized sector of the resource market … has opened up an intriguing new set of possibilities for us on the discovery front,” he noted.

Indeed, with both assets, Balmoral is well positioned to take advantage of those possibilities. However, Wagner also pointed out that the experience of his team will be a boon for the company moving forward. He said, “one of the strengths of the team is our ability to learn from past successes and bring those elements through to Balmoral.”

To emphasize his point, Wagner looked back to 2001, when he was fortunate enough to be involved with the genesis of a group of three companies: Platinum Group Metals (TSX:PTM), MAG Silver (TSX:MAG) and West Timmins Mining (now Lake Shore Gold (TSX:LSG)). “All three companies basically functioned on a similar theme, which was to be very active, drill-focused explorers in proven productive belts at district scale.”

Wagner explained that all three successfully made (and continue to make) significant discoveries; they are either now producing or have mines that are in the process of being built.

How that relates to his current company is simple. “Balmoral follows a very similar theme — a proven, productive belt and a large-scale, very active, drill-focused program with a similar management style that’s proven to be effective in extracting value for shareholders in the past,” he explained.

“It’s ‘rinse and repeat,'” Wagner joked, adding that this model “works, and we have a team that’s been built to go out and find things and has been multiply successful at doing that and that works to get better at the game in each iteration.” He also noted that there are “13 years of history stacked in behind on how to target this kind of approach, and it’s showing its stripes again in Balmoral.”

Certainly the strategy makes sense. But what about when it comes time to develop Grasset and Martiniere into producing mines?

Wagner’s response was one that some investors might not expect, but his humble attitude is one that investors will definitely appreciate. “I think personally, I wouldn’t. To be very, very fair, I’m not somebody you probably want building a mine for you. But as in any scenario, if it ends up being the right thing to do for Balmoral, if it’s the best thing to maximize the value of the asset base for the company, then you can always find a good mine builder to come sit in this chair, and I’ll be quite happy to go and work on finding the next asset for the company. Having said that, we are opportunity driven.”

To make his point, Wagner reflected on his time at West Timmins, highlighting that the company “got one of those ‘offers you can’t refuse’ to sell the company.” He continued, “it was a successful piece of business in the short term for our shareholders at West Timmins, and in the longer term for the acquirer, as Thunder Creek has become Lake Shore Gold’s lead asset.”

In terms of Balmoral, he remains open minded. “Our door is always open for discussions, and if someone has a viable scenario to present to us, we certainly will never be arrogant enough to say we won’t listen,” he said. “We have to judge, at the moment in time, whether any deal/offer makes sense for the shareholders and what it does to accomplish that goal of getting as close to maximum value as we can for an asset. If either of our lead assets, or the next one we discovery, decides that it needs to wander down its own path and get built, then that’s great and we swap out elements of the team, we bring in people with the expertise to do that.”

From his conversation with NIN,Wagner’s passion for mining exploration certainly showed through.

“In this space, there are expert finders, there are expert builders, and expert operators, and it’s very rare that you find one person or group who does all three well. Usually you’re swapping components of the team out as you progress forward toward production,” he explained. “So I think our preferred path for the group that’s here would probably be to take the asset to a point and move it on to somebody else and go find another one. Because that’s what excites us and that’s what makes our jobs enjoyable. Unlocking the puzzle, I guess.”

It’s clear from Wagner’s responses that he is certainly ready to go with the flow in terms of the future of Grasset and Martiniere. And sure enough, the CEO believes that for success, you need to be opened mined. “It would be cool to be on a project from discovery to production, but you have to really sit down and question in your own mind if you actually have the toolkit, drive and desire to do that?”

Echoing his earlier statement regarding his attraction to geology, he concluded, “I’m way more interested, way more excited, way more enthusiastic about going out and finding another deposit than I ever would be about building a mine on top of one. In my world, where the day to day excitement, nervousness and anticipation of ‘what’s coming out of the drill tomorrow’ is so energizing I can’t really get too excited about scheduling spreadsheets, labor contracts and cost overruns. But fortunately for all of us, there are some great folks that do. I enjoy the hunt, somebody else can skin the beast and carve it up.”

Interested investors will definitely want to stay on board to see what the team at Balmoral hunts down next.

Securities Disclosure: I, Teresa Matich, hold no investment interest in any of the companies mentioned.