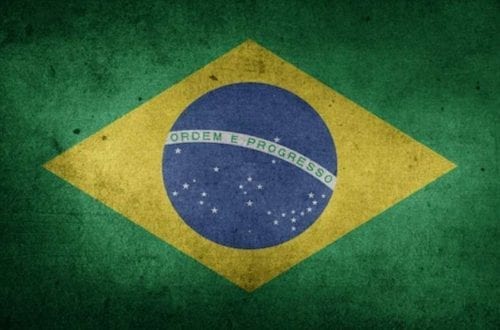 Vale and BHP’s iron ore businesses have both had a tough week as each company faces legal struggles looping back to dam collapses in Brazil.

Major miners Vale (NYSE:VALE) and BHP (ASX:BHP,LSE:BHP,NYSE:BHP) have both had a tough week regarding their iron ore businesses, as each company faces legal struggles looping back to operational dam collapses in Brazil.

Starting with Vale, the company announced on Monday (May 6) that it will be re-closing its Brazilian Brucutu mine for the time being. The mine has faced a turbulent few months, having been originally shuttered in February after a deadly dam disaster at Vale’s Córrego do Feijão mine in late January.

While Vale received a green light to reopen Brucutu in March, the celebrations were short-lived as the company was court ordered to halt operations at 13 of its dams less than a week later, including Brucutu.

In mid-April, the Minas Gerais Court of Justice (TJMG) president partially suspended the March injunction against Vale, allowing for Brucutu’s 30 million tonne per year iron ore operation to pick back up.

On Monday, the company stated that the TJMG has chosen to suspend the ruling made by the Lower Public Treasury Court of Belo Horizonte, in turn reversing the permission Vale had received to resume Brucutu’s operations in March.

Though it is unknown at this time how long Brucutu will be out of commission, the company is standing by its 2019 iron ore and pellets sales guidance of 307 to 332 million tonnes. Vale added that its current sales volume expectation rests between the bottom and the middle of that range.

Also feeling the pain this week is BHP, which is now in the throes of a $5 billion lawsuit in England related to the 2015 dam collapse at the company’s Samarco mine in Brazil; the asset had been a joint venture between BHP and Vale. Nineteen people were killed in the catastrophe and over 600 kilometers of Brazilian river systems were polluted, with the waste eventually reaching the Atlantic Ocean. It was the country’s worst environmental disaster.

While reports in October 2018 stated that BHP and Vale had reached a deal with Brazilian prosecutors over the incident, it appears that the war is still waging on. Filed by law firm SPG Law, the newest lawsuit was served to the major miner on behalf of 235,000 Brazilian individuals and organizations, including municipal governments and the Catholic Church.

According to Tom Goodhead, a partner at SPG Law, BHP had been “woefully negligent” of potential safety concerns at the dam prior to the disaster. He added that the damages are “entirely commensurate” with the chaos that ensued from the collapse.

“Driven by concern for declining revenues amidst the falling market price of iron ore, the company took risks, increased production and turned a blind eye to dangers that ultimately claimed lives and destroyed communities,” Goodhead said in an emailed statement to media.

BHP has yet to publicly comment on the matter.

See our exclusive index of Iron companies on the move
EXPLORE