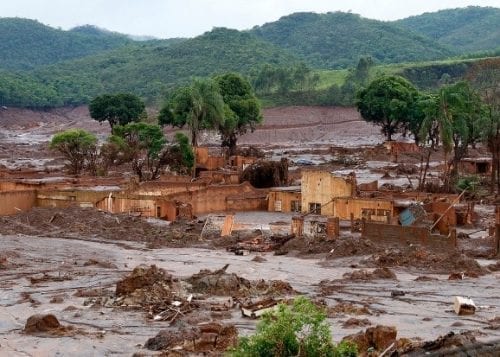 The deal means compensation payments will start going to relatives of the 19 people killed in the disaster, and to those who lost their homes and suffered from other property damage.

Brazilian prosecutors have reached a deal with Brazilian miner Vale (NYSE:VALE) and mining giant BHP (ASX:BHP,NYSE:BHP,LSE:BLT) over the 2015 Samarco disaster, according to reports.

According to Reuters, in a statement from Minas Gerais prosecutors released on Tuesday (October 2), the deal means compensation payments will start going to relatives of the 19 people killed in the disaster and to those who lost their homes and suffered from other property damage.

In a short press release published on Thursday (October 4), BHP said that while there was a formal agreement now in place, it had not been sitting idle.

“To date, the Renova Foundation has been providing compensation and support to many of the individuals in Mariana who have been impacted by the dam failure.”

Nineteen people were killed in November 2015, when an iron ore tailings dam collapsed at the Samarco mine in Brazil.

On top of the human costs, the Doce River was contaminated with 60 million cubic meters of waste in what was Brazil’s worst environmental disaster. BHP Billiton and Vale operated Samarco together as joint venture partners.

Both companies have been defending class actions since, from shareholders in multiple countries claiming the miners caused their investors to suffer losses due to negligence on the company’s part, to the pile of actions within Brazil from the federal government, state government and local communities affected by the disaster.

The claims from Brazilian authorities have carried price tags of US$5.2 billion (settled), and US$40 billion (suspended for 2 years).

As of today, there is no timeline for the restart of the mine, but BHP’s partner Vale has often stated that it’s hoping for the mine to restart as soon as possible — and even quoted 2018 or early 2019 as possible dates.

BHP has indicated as recently as August that a restart of the mine is unlikely to occur in the near future due to negotiations over the construction of a new tailings facility.

At the beginning of August, the joint venture company Samarco put out a press release detailing works on the Alegria Sul Pit at the mine, which will be used for tailings.

Samarco has been diligently gathering the necessary permits to proceed with restarting the mine, including environmental permits.

Construction at the pit will take approximately 10 months, and the company stressed that it was going to be a safe deposit, “with a rocky and stable formation.”