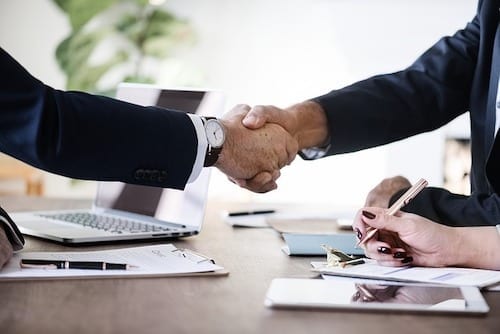 The Chinese company’s plan comes after news of the Kamoa-Kaula project’s new management team, of which Zijin and Ivanhoe are joint partners.

Once the transaction closes, CITIC Metal Africa will own about 26.4 percent of Ivanhoe, Zijin will own 13.88 percent and Friedland will own 13.2 percent.

The Chinese company’s plan came after the news of the Kamoa-Kaula project’s new executive management team, of which Zijin and Ivanhoe are joint partners.

The Kamoa-Kakula joint venture project is considered one of the world’s largest undeveloped, high-grade copper discoveries. Based in the Democratic Republic of Congo (DRC), the project combines ultra-high copper grades in thick, shallow and flat-lying deposits.

This move follows Zijin’s previous capital boost in the project back in May 2019 when the company contributed C$67 million to allow Ivanhoe to finance the Kakula project, and CITIC’s major C$612 million investment in Ivanhoe back in April.

Since April, the construction of the Kakula copper mine, the first mine from the complex, has moved forward, with Ivanhoe announcing that 647 meters of underground development had been completed by late June. As of September 8, the company had reached the edge of the ore. The company estimates the project is on track to produce first copper concentrate in Q3 2021.

Much of the current success was forecasted by Friedland earlier this year, when he noted that Ivanhoe was on the verge of a “great leap forward” during a keynote speech at the 2019 Mining Indaba event in Cape Town.

Friedland’s optimism came from the positive findings of the prefeasibility study for the Kakula copper mine, which concluded that same month and results from a preliminary economic assessment for the Kakula-Kamoa complex.

“To all of our African brothers and sisters, you now can clearly see the fruits of the incredibly intensive efforts by our people over the past two decades, while overcoming countless challenges, to initially discover, then extensively expand, the Kamoa-Kakula resource base with a massive drilling and engineering effort,” Friedland said during his February speech.

Ivanhoe is pursuing other projects as well, such as the Kipushi project, which is also in the DRC. Kipushi is a high-grade, underground zinc-copper mine located in the Central African Copperbelt. The mine has produced lead and germanium in the past.

Another one of Ivanhoe’s major projects is the Platreef project in South Africa, which is focused on mining platinum, palladium, rhodium and gold.

Following the announcement, Ivanhoe’s share price closed down 3.80 percent at C$3.29, while Zijin’s share price remained almost unchanged at US$0.34 at market close on October 8.