Siemens Canada’s interest in supplying electrical equipment for Western Copper and Gold’s Casino project is a significant vote of confidence for the company. 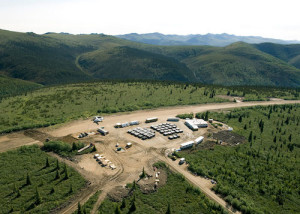 Last Thursday, Western Copper and Gold (TSX:WRN) signed a memorandum of understanding (MOU) with Siemens Canada regarding the companies’ intent to negotiate the development of a concept for integrated electrical mining equipment for Western Copper’s Casino project.

Although the two companies are still in the early stages of talks, Siemens Canada’s interest in supplying electrical equipment for Casino is a significant vote of confidence for Western Copper’s project.

As a major technology company and subsidiary of multinational conglomerate Siemens (FWB:SIE), Siemens Canada has a wealth of experience in the industrial sector to offer to the development phase of the mine; the company also has an advanced mining division. Under the terms of the offer to negotiate with Western Copper, Siemens will provide a power plant, various transformers, motors, mechanical drives and any other electrical equipment related to the Casino mine.

A representative from Western Copper notes that since Siemens is confirming its interest in developing equipment supply concepts in advance of final permits for the Casino project, Western Copper will be that much more on track to advancing operations at Casino when it secures permits for the project. The endorsement from Siemens thus indicates that it is optimistic about Casino’s future success.

Western Copper COO Paul West-Sells commented that “[e]stablishing a concept with a solid and innovative company such as with Siemens is an important step for Western as we continue to hit our stated milestones and advance the world class Casino Project towards build-out.”

Certainly, Yukon-based Casino, which is wholly owned by Western Copper, is large enough to be worthy of attention. A January 2013 feasibility study for Casino outlines copper-gold–molybdenum reserves of 1.13 billion tonnes. The study also indicates that the mine has favorable project economics and the potential for low-cost production.

After completing an environmental assessment application in January 2014, Western Copper is now preparing for mine construction as it moves through the permitting process for Casino. The company anticipates that it will commence production by 2017.

Securities Disclosure: I, Teresa Matich, hold no direct investment interest in any companies mentioned in this article.