Although not the world’s primary source of copper, volcanogenic massive sulfide deposits or VMS, are an important source of the metal. These deposits are also a significant supplier of zinc, lead, gold and silver. 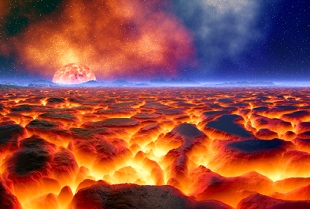 Although not the world’s primary source of copper, volcanogenic massive sulfide deposits or VMS, are an important source of  the metal. These deposits are also a significant supplier of zinc, lead, gold and silver. VMS deposits have not always been the number one choice for miners, as they are generally small in size and can be difficult to process. However, advances technology combined with the recent bull run of metal’s prices have piqued explorer’s interest.

While VMS deposits can take on a variety of morphologies, they typically occur as lenses of polymetallic massive sulfide that form at or near the seafloor in submarine volcanic environments. The most distinguishing feature among all types of VMS deposits is that they are formed in extensional tectonic settings, including both oceanic seafloor spreading and arc environments. VMS deposits range in age from 3.4 Ga to actively forming deposits in modern seafloor environments. Explorers generally look for VMS deposits that were once on the ocean floor, but are now on land. Some exploration companies, however, remain interested in seafloor VMS deposits.

On the basis of ore composition, VMS deposits form two broad groups: copper-zinc, and zinc-lead-copper. Economically significant quantities of silver and gold can occur in all the above mentioned deposit types.

VMS deposits tend to occur clustered in districts. It is not unheard of to identify up to two dozen deposits in an area of a several tens of square kilometers. This makes known VMS districts good hunting grounds for new discoveries. Though it has not always been easy to pin-point all the deposits in a given location, improvements in exploration techniques have made the process significantly easier. Deposits within a specific district tend to have similar metal ratios and a fairly narrow range in composition. In any given district, deposits will tend to range in size from less than one million tonnes to several tens of millions of tonnes, with most deposits at the small end of the range and only a few large deposits. As such, exploration companies have been able to identify new VMS deposits in previously discovered districts. A prime example of this is the Flin-Flon mine in Manitoba, Canada, which has been in operation for over 80 years. The mine was closed then re-opened following the discovery of additional VMS deposits in the area.

The Noranda District contains the most thoroughly studied and documented volcanogenic massive sulfide (VMS) deposits of any Archean volcanic complex. Over an 85-year period, 20 economic VMS deposits have been discovered by prospecting, geological, geophysical and lithogeochemcial techniques. The Noranda District is also host to 19 small, orogenic gold deposits. These deposits only account for a small amount of gold production. Noranda’s Horne VMS deposit is the top producer, with almost ten million ounces of gold production to date.