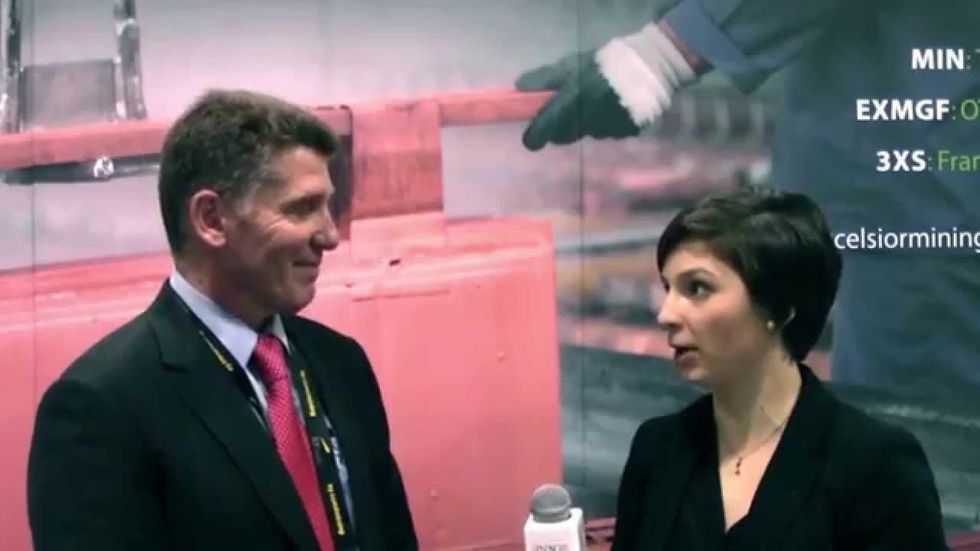 At the recent 2015 PDAC conference in Toronto, Resource Investing News had the chance to catch up with Stephen Twyerould, president and CEO of Excelsior Mining. Excelsior is currently developing the Gunnison project, an in-situ recovery copper project in Arizona, and was named a TSX Venture 50 company for 2015.

At the recent 2015 PDAC conference in Toronto, Resource Investing News had the chance to speak with Stephen Twyerould, president and CEO of Excelsior Mining (TSXV:MIN). Excelsior is currently developing the Gunnison project, an in-situ recovery copper project in Arizona, and was recently named a TSX Venture 50 company for 2015.

Twyerould spoke about what’s led to Excelsior’s success so far, suggesting that a solid management team and project have allowed the company to attract capital in an otherwise difficult market. In terms of what the company has planned for this year, Twyerould stated that he’s most looking forward to the technical work that Excelsior has lined up for Gunnison.

Additionally, the CEO took some time to talk about in-situ mining in general, pointing out two key considerations for investors when looking at such projects. First, he noted that in-situ recovery projects often come with a much lower environmental impact than other types of mining projects. “The remediation and reclamation process is outstanding,” he said, “we can leave that site the way we found it, and that’s hard to do in mining.” He also stated that in-situ projects often garner lower operating and capital costs, a key benefit for companies aiming to get to production in difficult markets or low price environments.

When asked about environmental concerns, Twyerould stressed that in-situ mining for copper is very different from uranium in-situ mining, and stated that Excelsior is working closely with those living near Gunnison to ensure they are comfortable with the project.

What are In-situ Recovery Copper Projects?