After finally experiencing upward momentum earlier in the week, copper prices plunged Thursday, as China reported a shrinking trade surplus, and concerns over the European debt crisis took a bite out of the metal’s demand prospects. 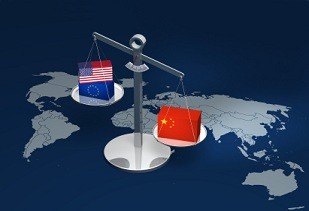 After finally experiencing upward momentum earlier in the week, copper prices plunged Thursday, as China reported a shrinking trade surplus, and concerns over the European debt crisis took a bite out of the metal’s demand prospects.

Copper for October delivery fell 2.6 percent, to settle at $3.3025 a pound on the Comex division of the New York Mercantile Exchange, on the back of a report out of China that showed the country’s trade surplus shrunk in September. At the same time, the country released some positive data. The world’s largest copper consumer imported 380,526 metric tonnes of copper in the month of September, a 12 percent increase compared to the previous month, and a 3.3 percent rise compared to the same time period last year. Copper prices, however, ignored the positive import data and instead digested the shrinking trade surplus as a sign that the country may not be as immune as previously thought to the current economic struggles impacting both Europe and America.

Adding further doom and gloom to the sentiment surrounding China’s copper demand prospects, China’s Non-Ferrous Metals Industry Association finally shared how much copper the country stockpiled in 2010. To the dismay of the copper bulls, stockpiles were 1.9 million tonnes at the end of 2010, almost double the lower end of the consensus estimate of 1.0-1.5 MM tonnes.

On Thursday, copper traced the weaknesses in the European and US equity markets, responding to a rather pessimistic statement by Italian President Giorgio Napolitano. On Wednesday, Napolitano expressed “deep concern” about the ability of Prime Minister Silvio Berlusconi’s government to deliver on promised economic reforms. The President’s statement brought to the forefront, the knowledge that the debt crisis impacting Europe is far from being resolved, sending US and European equity markets, as well as the euro, lower.

Meanwhile, the labour disputes impacting Freeport McMoRan’s (NYSE:FCX) mines in Peru and Indonesia have no sign of being resolved anytime soon. The labour dispute at Freeport’s Grasberg mine in Indonesia turned violent this week as a clash between protestors and the government resulted in a death. Grasberg workers were protesting being barred from collecting their belongings from their barracks, and police fired warning shots into a crowd. Eight workers were injured, and one worker later died. Seven police men were also injured by workers throwing stones at them. Workers at Grasberg are demanding higher pay, pay more in line with what Freeport’s workers earn around the world. Recently, the union lowered its pay rise demand to between $12.50 and $37 an hour from an initial $17.5 to $43 an hour, but has rejected a 25 percent pay increase offer from a current rate of $1.5 to $3 an hour. In addition, an indefinite strike at Freeport’s Cerro Verde mine in Peru entered its 15th day on Thursday, with negotiations between the union and the company reportedly underway.

Of the two strikes, only the one  Grasberg is resulting in a loss of production. Freeport earlier estimated that each day of stoppage at the mine is resulting in a loss of about 3 million pounds of copper and 5,000 ounces of gold. Last month, Freeport McMoRan Copper & Gold Inc. said it would be unable to meet its third-quarter sales estimates because of the strike at Grasberg.  Also, earlier, Freeport claimed that production at Cerro Verde was not impacted by the walkout as the company was using supervisors and other personnel to keep operations running. Eric Kinneberg, director of external communications for Freeport-McMoRan, reiterated this past Tuesday that the mine is still outputting an adequate amount of metals. “We do not have an updated statement. The previous statement still applies,” Kinneberg said. The labour union is working to see that production at Cerro Verde is impacted, claiming that the company cannot use temporary workers to keep production running, because the current strike is legal. An October 10 report by inspectors from the Labor Ministry said that Cerro Verde must comply with the union’s right to strike by suspending its use of temporary workers that it has used to replace the more than 1,000 union members.