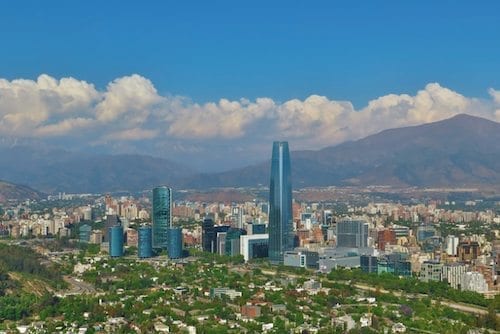 Chile will remain an attractive jurisdiction, and Bolivia still has lots of potential despite unrest in both countries, says Remi Piet.

Speaking with the Investing News Network at the International Mining and Resources Conference (IMARC) in Melbourne, Australia, Remi Piet of Americas Market Intelligence offered his hot take on recent developments in Chile and Bolivia.

Protests in Chile have drawn international attention, with cities coming to a standstill amid unrest triggered by cost of living anxiety.

“Chile has always had good press,” said Piet. “But a lot of people have forgotten something that is very important in Chile — the inequality.”

Piet explained that, while the wealthy South American country has a healthy bourgeoisie, the average Chilean has not seen satisfactory wage growth, while the cost of living has been increasing.

He said that, politically, the country remains split between the left and right, with divisions going back to the Augusto Pinochet era.

While unhappiness will continue, Piet said that, as of late October, there has been little impact on mining operations as miners operate far from the cities where the unrest is most pronounced.

Looking at Bolivia, where a recent presidential election generated controversy with three term incumbent Evo Morales re-elected again, Piet said that the country remains promising. “(However,) in the next coming months, it’s going to be a bumpy road,” he warned.

Piet said that regardless of who comes out ahead in the contested election, there is “clear interest from both Evo Morales and Carlos Mesa to favor foreign investment in the mining sector.”

Listen to the full interview above for more of Piet’s thoughts on the situation in Chile and Bolivia. You can also listen to more on Bolivia here, and stay tuned for more IMARC content.

One response to “Remi Piet: Chile Protests a Reminder on Due Diligence”