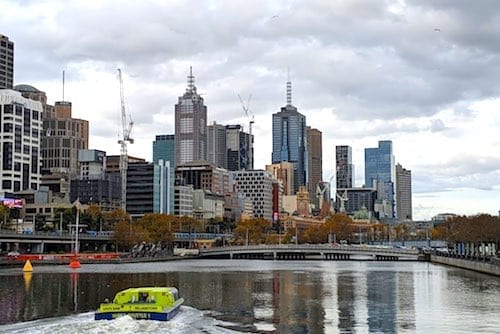 In the lead up to the sixth annual International Mining and Resources Conference, INN spoke with Gavan Collery of the Melbourne Mining Club.

The sixth annual International Mining and Resources Conference (IMARC) in Melbourne, Australia, is on the horizon.

Starting on October 29 and going for three days, the conference will see more than 260 companies on the floor of the expo, with almost 380 speakers taking part in talks.

Melbourne is Australia’s second largest city, and while it’s far from the vast iron-mining operations in Western Australia that have brought the country so much wealth, it’s a city that was built on mining.

Speaking with the Investing News Network in the lead up to the conference, Gavan Collery, who is a 30 year veteran of the mining industry and the co-founder of the Melbourne Mining Club, said that while Perth may be the operational hub of mining in Australia, “Melbourne has long been the investment hub.”

Collery pointed to the largest mining company in the world — BHP (ASX:BHP,NYSE:BHP,LSE:BLT) — as plenty of evidence for that. BHP’s global headquarters are less than a 2 kilometer walk from the Melbourne Convention and Exhibition Center, where IMARC will be held.

He also highlighted a number of other well-known companies with headquarters in Melbourne, such as MMG (HKEX:1208) and Newcrest Mining (ASX:NCM,OTC Pink:NCMGF), along with the large presence of the other big name in Australia — Rio Tinto (ASX:RIO,LSE:RIO,NYSE:RIO) — which is headquartered jointly in Melbourne and London.

“Melbourne is a globally significant mining center — the head offices of resources companies in Melbourne provide Victoria (state) with an unparalleled reputation as a global leader for mining businesses and businesses that supply them,” said Collery.

It isn’t just a city of offices, though. Collery said that the majority of mining capital in Australia is derived from Melbourne, cementing its place as a key center for capital for the resources market in Australia and the Asia Pacific.

Melbourne in the 21st century is a major financial center with a diversified economy, but it’s a city that was essentially built on the wealth of gold mining, with a massive gold rush taking place in Victoria only 16 years after Melbourne was founded, and immediately after the colony of Victoria was formed in 1851.

The history of the gold rush — which lasted from 1851 into the late 1860s — can still be seen in the companies that call Melbourne home. “Over 60 percent of Australia’s gold production is derived from Melbourne-based companies,” said Collery.

While Victoria enjoyed a massive gold rush a century and a half ago, there’s still plenty of gold mining happening in the small Australian state, with Canadian miner Kirkland Lake Gold (TSX:KL,NYSE:KL,ASX:KLA) and its Fosterville gold mine being a notable example.

“Victoria started with a gold and therefore mining culture in the 1850s and ’60s — and it continues to do it ever so quietly these days,” said Collery, who added that work conducted by the state government’s Geological Survey of Victoria is helping turn the state into an exploration and gold hotspot globally.

Need more reasons to take a look at Australia? Collery compared Australia to Canada as a stable jurisdiction with a stable mining code, saying, “If you make the effort to come here, you’re exploring in the right backyard.”

He added, “As a nation, in 2019 Australia leads all countries in terms of companies supplying the global mining sector. In the percentage of total foreign direct investment (FDI) it attracts AU$315 billion (37 percent of Australia’s total FDI).”

When asked about the ongoing trade war between China and the US and its impact on the resources industry and investors, Collery said that it is no secret that it has created uncertainty, but investors can learn to live with it.

“It’s like life itself, you just can’t stop breathing. You just have to exhale and find a way to move forward. The important thing in that sense is that Australia’s major trading partner is China, and our major ally in these areas in the USA.

“Australia is and will continue to walk a fine line in the context of the trade war,” he said.

“As for mining, we are seeing an increased level of interest from North American investors as Australia is seen as a safe haven, buoyed by high mineral prospectivity and (the ability to) transition from exploration to discovery to construction and to development.”

He concluded that, even in the context of the trade war, “a good asset will always find the funds.”

Of note, IMARC is an investor-focused conference, with investors able to attend free of charge — all potential attendees have to do is visit the IMARC website to secure their complimentary ticket.

Besides the companies on the floor at IMARC and the large array of speakers, Collery offered up plenty of other highlights that investors and attendees of IMARC can look forward to:

IMARC takes place between October 29 and 31. The Investing News Network will be covering the conference from Melbourne, attending presentations and panel discussions and talking to experts on the floor of the conference. We look forward to seeing you there.

2 responses to “What You Should Know About Melbourne and IMARC”