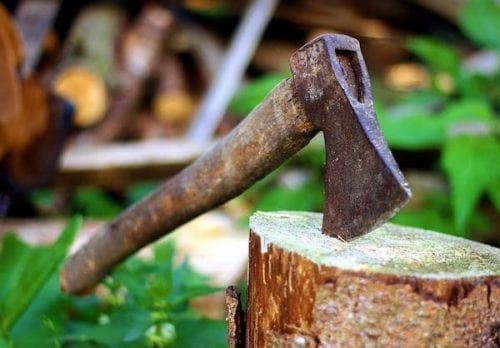 While Hudbay has not yet responded the presentation in detail, the company told INN that Waterton is “short on specifics.”

Waterton Global Resource Management has taken another shot at Canadian copper miner Hudbay Minerals (TSX:HBM,NYSE:HBM), releasing an exhaustive investor presentation detailing grievances with its executives and the company’s performance during their tenure.

In the presentation, which was released on Tuesday (February 19) on its website “New Hudbay,” Waterton said that, “Hudbay requires an immediate change in leadership, a culture of accountability, a holistic corporate strategy and a value maximizing, results-oriented approach to portfolio optimization.”

While Hudbay has not yet responded the presentation in detail, they told the Investing News Network (INN) that, “at first glance it would seem Waterton is long on generalities but very short on specifics” when it comes to comments on company performance and demands, calling Waterton’s tactics “selective”,”confrontational”, “revisionist” and accusing it of engaging in personal attacks.

Waterton is an 11.9-percent shareholder of Hudbay, and has been engaged in a public war of word with the company since October 2018, when it called for a moratorium on Hudbay purchases when Bloomberg reported that Hudbay was in talks to acquire Mantos Copper.

In Waterton’s 74-page investor presentation, it said that it had spent “millions of dollars performing exhaustive research on (Hudbay’s) leadership, strategy and portfolio” to find out why in its view, Hudbay traded at a “significant discount to its peers” — with its findings not to its liking.

“Based on our work, we are confident that Hudbay requires new leadership, a culture of accountability, a holistic strategy and significant portfolio optimization to maximize shareholder value.”

The presentation is a more in-depth action plan and justification for Waterton’s actions, which were detailed in a letter to shareholders released in January 2018 where Waterton threw considerable shade on Hudbay’s leadership by saying there was a “culture of entrenchment” and “a deficiency of real leadership,” as well as a lack of “focus from certain board members.”

Amongst Waterton’s plans for Hudbay, it has nominated an alternative board to be voted on at the upcoming Hudbay annual general meeting, including a proposed chairman and CEO “to fill the knowledge gaps on Hudbay’s Board.”

In a response sent to INN, Hudbay dismissed Waterton’s suggestions and threw doubt on its motives.

“Waterton’s suggestions appear to largely be a list of actions Hudbay is already taking and that are advancing well. We will address these claims in more detail in our proxy circular.

“Waterton is a mining private equity firm that competes with Hudbay for mining assets and may not have interests aligned with other shareholders. It is also a relatively recent shareholder and has made demands to Hudbay’s Board that were entirely disproportionate to its ownership interest and would give Waterton unique rights and powers held by no other shareholder.”

Waterton has clearly been upping its stakes in Hudbay to increase the weight it has to throw around; when Waterton first publicly called for a moratorium on Hudbay purchases in October 2018, it was a 4.8-percent shareholder in the company, whereas now in February 2019 it is an 11.9-percent shareholder.

Waterton claims that the changes it proposes implemented – and with its proposed board and company leadership in place — shareholders would benefit from up to a 140 percent increase in share price with a long-term goal of shares valued at C$19.

The team nominated to replace much of Hudbay’s leadership includes Peter Kukielski, who until recently was the CEO of Nevsun — the same Nevsun that was taken over by China’s Zijin Mining (HKEX:2899) for C$1.86 billion to secure its Timok copper project in Serbia.

On the TSX on Tuesday, Hudbay shares were trading up 5.93 percent at C$8.4. Year-to-date, the company’s shares have increased by 30 percent.

The Hudbay annual meeting is not currently scheduled, but will be held in early to mid-May.

2 responses to “Major Hudbay Shareholder Takes Another Swing at Leadership”